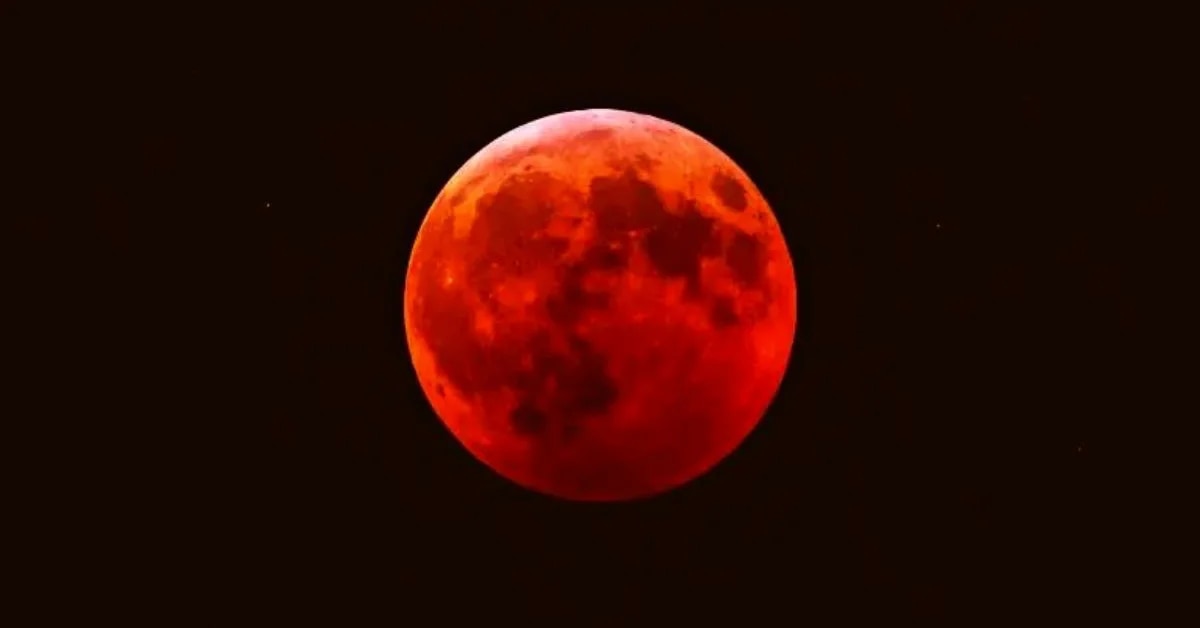 The countries in which the total lunar eclipse can be observed

There are four days left for the first lunar eclipse of the year and the expectation is growing. On this occasion, it will be a total lunar eclipse, so our entire natural satellite will fall into the shadow of the Earth and thus obtain that particular reddish color characteristic of this type of astronomical event.

But when will it happen and where will be the best place to observe it? The total lunar eclipse swill be completely visible in most of North and South America, it will rise over northwestern North America, and the Pacific Ocean, becoming visible in Africa and Europe. This eclipse will be the third of four metonic lunar eclipses on the same date, each separated by 19 years.

In between the night of May 15 and the early morning of May 16, depending on the time zone, the Moon will enter the shadow of the Earth, causing a total lunar eclipse that will be visible from most of the Americas and Antarctica, as well as the western reaches of Europe and Africa and the eastern Pacific. Sky watchers in New Zealand, Eastern Europe and the Middle East will experience a penumbral eclipse, during which only the edge of Earth’s shadow falls on the Moon.

Between the night of May 15 and the morning of May 16, depending on the time zone, the Moon will enter the shadow of the Earth. (Photo: Capture)

As reported by the Buenos Aires planetarium, Galileo Galilei, in Argentina, the eclipse will begin on Sunday, May 15 at 11:28 p.m. with the Full Moon at 66º above the northeast horizon. At that moment, the partial phase of the eclipse will begin, with the entry of the Moon into the umbra (the central part of the terrestrial shadow cone). After a little more than an hour of slow and progressive darkening, the moment of Totality will arrive: at 00:29 the Moon will be completely submerged in the terrestrial shadow cone. At that time, our satellite will be 74 degrees above the northern horizon.

“This spectacular stage of the eclipse will last 1 hour and 25 minutes, will have its central moment at 1:11 and will end at 1:54, when our eclipsed satellite is located at a height of 69º… Why do we say “spectacular stage”? Because, as in every total eclipse, the Moon will take on a pale and beautiful reddish/orange color, due to the weak sunlight that filters and refracts from the Earth’s atmosphere towards the shadow cone, saving our satellite from what , otherwise, it would be absolute darkness, ”explains the Planetarium statement.

Immediately afterwards, the last stage of the phenomenon will begin: the Moon rising from the terrestrial umbra. Minute by minute, as it follows its orbital motion, direct sunlight will gradually re-illuminate it. This stage will end at 2:55 p.m. And with it, the most important part of the eclipse* will culminate. The Full Moon will return to its most usual aspect. White and radiant. “From end to end, we will have enjoyed 3 hours and 27 minutes of eclipse. Undoubtedly, a celestial spectacle as impressive as it is generous”, concludes the Planetarium.

There are three types of lunar eclipses: penumbral, partial, and total. In a penumbral eclipse, the moon passes through the outer part of the shadow of the Tierra , which is quite diffuse, so there is only a slight darkening of the moon’s surface. A partial eclipse is when part of the moon enters Earth’s darkest shadow, or umbra, causing part of the moon to significantly darken.

And a total eclipse, as one might have guessed, is when the entire moon enters the darkest part of Earth’s shadow. A total eclipse also includes penumbral and partial phases as the moon makes its way into the umbra. The next lunar eclipse on May 15-16 will be a total lunar eclipse.

The last total lunar eclipse occurred on May 26, 2021, with a very short totality (less than 16 minutes), visible mainly from central and western parts of North America. The last widely observable lunar eclipse visible from the Americas, called the Super Blood Wolf Moon eclipse, occurred on January 20-21, 2019.

If unstable weather blocks your view of the next eclipse, there’s at least some comfort in knowing that another total lunar eclipse will be widely visible over most of the Americas during the early morning hours of November 8.

Eclipse season: after yesterday’s sun, now a lunar one is coming in May
Total lunar eclipse: why this weekend will see a “Blood Moon”

Commerzbank does not discuss a sale of its Russian subsidiary