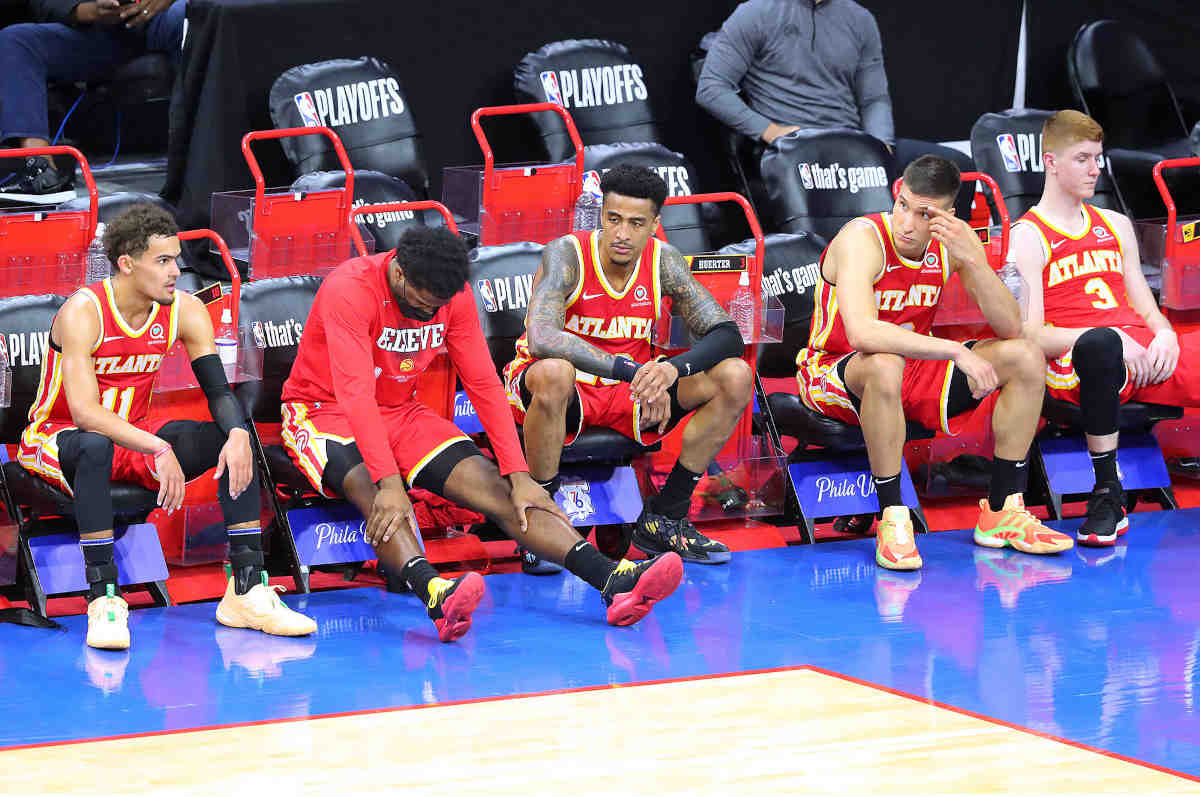 The Hawks are expecting the Sixers for the first time as part of the current series on their own territory. After the first two duels in Philadelphia, both teams have one victory each. After a narrow opening success from Atlanta, Philly hit back quite clearly in the second duel with a difference of 16 points.

For Game 3 between the Hawks and 76ers, the tip aims at a success of the guests. More knowledgeable predictions for the games in the NBA Playoffs 2021 can be found conveniently in the basketball tips section of the betting base.

The basketball players from Georgia are undoubtedly one of the positive surprises this season and, last but not least, now also in the playoffs. After the Knicks with the newly minted MIP Julius Randle in the first round clearly 4: 1 out of the competition, they won an away win against the favored Sixers in the first game of the current series.

In the last second game, as mentioned, the disillusionment followed. This time the opponent was very focused from the start and the Hawks didn’t really get into the game.

The upswing in the Hawks is mainly linked to the change of coach in the middle of the season. Since Nate McMillan took over the sporting helm, the Hawks’ performances have been noticeably better. 27 of the following 38 league games in the regular season were played victoriously under the direction of McMillan!

No team in the East was able to top this victory rate of around 71 percent – not even the Sixers, who, as the first in the Eastern Conference table, narrowly missed this value.

Lou Williams is also still a reliable sixth man. He won the “Best Sixth Man” rating no less than three times in the course of his career and thus, together with Jamal Crawford, most often in the history of the NBA!

The former Clippers player is only selected for short appearances, but when Williams is on the court, the Shooting Guard delivers constant values. His quota from downtown is a very respectable 45.5 percent, which is once again above its value from the regular season. An increase can be seen on top in the basic field goal rate.

For Williams, the circle of his career comes full circle with the Sixers

He is also particularly motivated against Philadelphia, because this is where his career began, which may now come to an end after this season. John Collins also presented himself very accurately from outside in den NBA Playoffs 2021.

The power forward has an identical value in the successful three-pointers and has now established itself as an important pillar in the Hawks’ offensive. However, his performance fell recently – at least in terms of scoring, as the Sixers worked him better on the defensive this time.

Philly was only able to play ten of the 21 games during the regular season without his top center Joel Embiid. A yield that quickly makes it clear how much the Sixers are dependent on the Cameroonian on the five. The greater was the fear that Embiid would have to pass in the series against Atlanta.

The Big Man is currently struggling with a meniscus injury, but apparently it doesn’t seem to affect him. In the first game of the series, “The Process” set a new career record for the postseason with 39 points and He screwed this record up by one point in the following game.

Although Embiid lost the race for the MVP title against Nikola Jokic from Denver’s Nuggets a few days ago, the 27-year-old can look back on a very strong season. The award would probably have also gone to him if he hadn’t often had to pass due to wounds in the meantime.

Simmons is now the weapon against Young

Head coach Doc Rivers also played Ben Simmons against Trae Young in the last game and this decision paid off very well. Because the point guard of the Hawks remained comparatively weak this time. Simmons is ideally suited for this. Because the 24-year-old is still in the running for the “Defensive Player of the Year” award.

From the Sixers’ point of view, it was also gratifying that Shake Guard Shake Milton showed a clear improvement in form and was able to reduce the still large minus compared to the opponent’s very good bank. With players like the accurate snipers Gallinari and Huerter, however, the Hawks are still ahead of the game.

Within the regular season, the Sixers were just ahead of the game with two wins and one defeat in this pairing. With regard to the playoffs, the balance with two series won is also in favor of the troops from Pennsylvania.

Their latest home record against the Rivers squad can give the hosts courage: only one of the last five home games was lost! For the upcoming match between Atlanta Hawks and Philadelphia 76ers, the odds tend slightly towards the guests.

Joel Embiid has been nominated as an All-Star for four years and is wearing the Sixers again with strong performances this season. The Cameroonian is currently suffering from a meniscus injury, but this does not seem to limit him: The Cameroonian scored 39.5 points in the first two games against “Hotlanta”.

For the Atlanta Hawks and Philadelphia 76ers clash in Game 3 the forecast includes an away win. The tip is based, among other things, on the conversion of the Sixers on the defensive. Coach Doc Rivers has now placed Ben Simmons against the home team’s clearly best scorer in the person of Trae Young.

The point guard has a good chance of winning the title of best defensive player of the year and did a much better job than Danny Green, who was given the admittedly extremely difficult defense of Young in the opener.

Thanks to Simmons’ excellent defense, the rising star of the Hawks only scored 21 points this time and remained around nine points below his postseason value. Furthermore, the problem of a weaker bank is less severe with the Sixers due to the shape enhancement of Shake Milton.

At Unibet, betting odds of 1.76 for the tip are offered for the test of strength in Atlanta and Philadelphia. Information about the bookmaker can be found in the Betting base Unibet review ready!

– Betting odds * & other interesting bets at a glance: