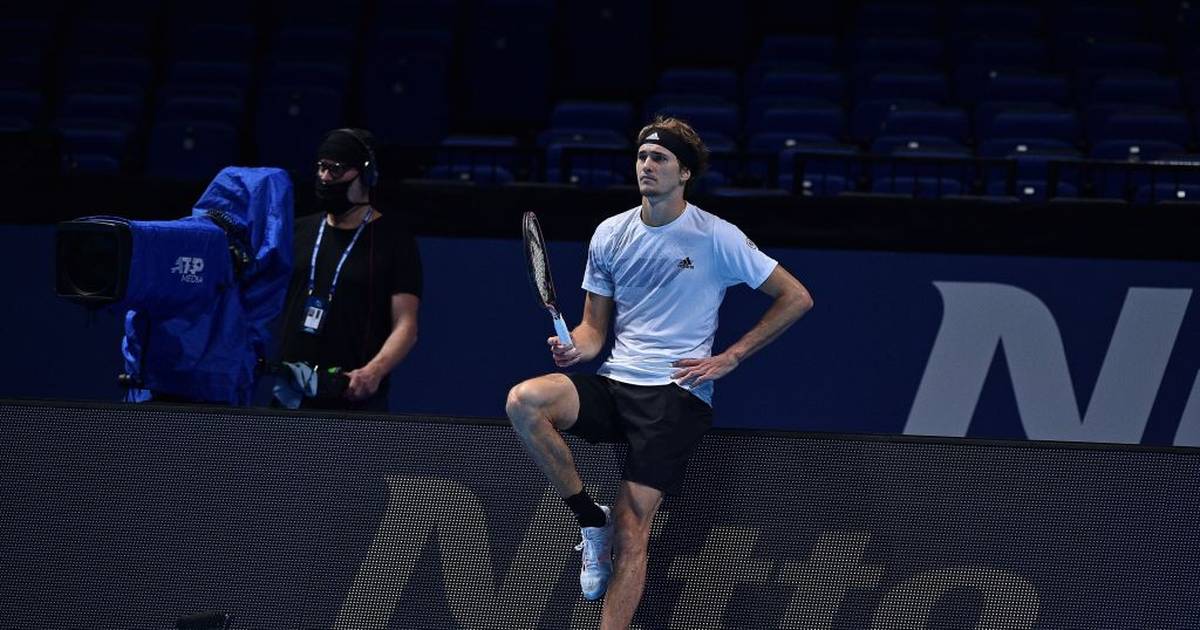 At least averted the impending end for now: Alexander Zverev kept his dream of getting ahead at the ATP Finals in London, but once again briefly did not control his emotions in the face of a tantrum.

Germany‘s best player and tournament winner of 2018 reacted to the Opening failure in a duel with the Russian Daniil Medvedev with an improved performance in the second preliminary round match and defeated the Argentine Diego Schwartzman 6: 3, 4; 6 and 6: 3.

With another success in the final match of the group “Tokyo 1970” on Friday against the Serbian world number one Novak Djokovic, who meets Medvedev in the evening (9 p.m. in the LIVETICKER), the Hamburger could move into the semi-finals at the end of the season for the eight best of the year.

“It was much better than on Monday. Diego is very difficult to play. I’m happy that I won and that I got the chance to reach the semi-finals,” said Zverev afterwards.

Zverev: It will be harder against Djokovic

The decisive factor for Zverev’s success was the early break to 3-2 in the final round after a brilliant backhand volley. Before that, the 23-year-old had clearly won the first set and was initially on course to win.

But Schwartzman was not deterred by the German number seven in the world, came back with a break after the 2: 3 and fought his way into the decisive set because Zverev tensed up in the decisive situations.

There the match weighed back and forth, both professionals showed comeback qualities, even if they were often favored by simple mistakes made by their competitors.

Unlike against Medvedev, Zverev served a little more stable and decided the game after 2:11 hours with the first match point.

Zverev thrashes the ball in the stands

Whether this performance, still far from his best form, is enough to bring Djokovic to his knees seems doubtful.

“Now I’m looking forward to the game on Friday. Playing here against Novak is the hardest thing there is. I will have to improve significantly, I am aware of that,” said Zverev after the bottom line mixed performance for the third win in fifth duel with Schwartzman.

Zverev and the Argentine last met at the end of October, and the German had no problems in the final of the ATP tournament in Cologne.

In the O2 arena, which was almost deserted due to the coronavirus pandemic, his serve came much better this time, in the first set Zverev made only three double errors. As a reminder: against Medvedev there were already twice as many at the same time.

Next tantrum at Zverev

And yet Zverev, who had traveled to London with thigh problems, was again and again unable to concentrate, most recently because of his ex-girlfriend Olga Sharipova’s accusations of violence.

Especially in the second set, when he gave up a 3-1 lead and made 16 avoidable mistakes, the right-hander didn’t have his nerves under control: Out of anger, he threw a ball into the stands and quarreled with his coach David Ferrer.

In the recent past, Zverev has repeatedly attracted attention with indiscipline.