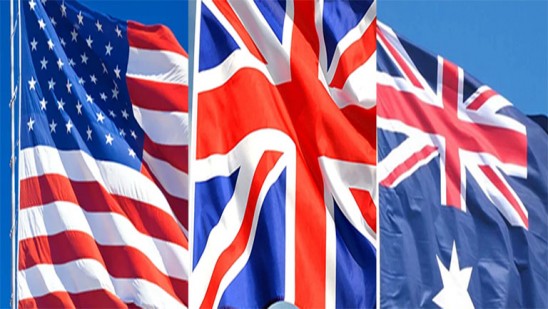 The alliance was announced online by US President Joe Biden, British Prime Minister Boris Johnson and Australian Prime Minister Scott Morrison. The joint statement said the move was to ensure stability in the region.

As a first step, Australia will set up a range of nuclear-capable submarines. The other two countries will also help. The target will be completed within two and a half years. Submarines powered by nuclear reactors are being prepared.

The new alliance is aimed at the new China, following a quad that includes the United States, Australia, Japan and India. The leadership of the Quad will meet at the White House on September 24.

Australia is preparing to acquire eight nuclear-powered submarines using US expertise. Prior to this, Australia had abandoned its agreement to buy 12 diesel submarines from France, which angered France.

Observers say new trilateral alliance against China will change the face of the Indo-Pacific region. Joe Biden concludes talks that began during the Obama administration to shift the focus from the Middle East to the Indo – Pacific region.

Biden had justified the military withdrawal from Afghanistan by saying that the United States would use all its resources to counter China. The United States, which previously shared nuclear technology only with Britain, has now offered assistance to Australia. Britain sees the new move as an opportunity to regain a decisive position among the nations of the world after Brexit.

There will be an arms race: China

China responded that the new alliance would lead to an arms race in the region. Foreign Ministry spokesman Shao Lijian said the move was against international nuclear non-proliferation. China has said it is closely monitoring the new alliance.