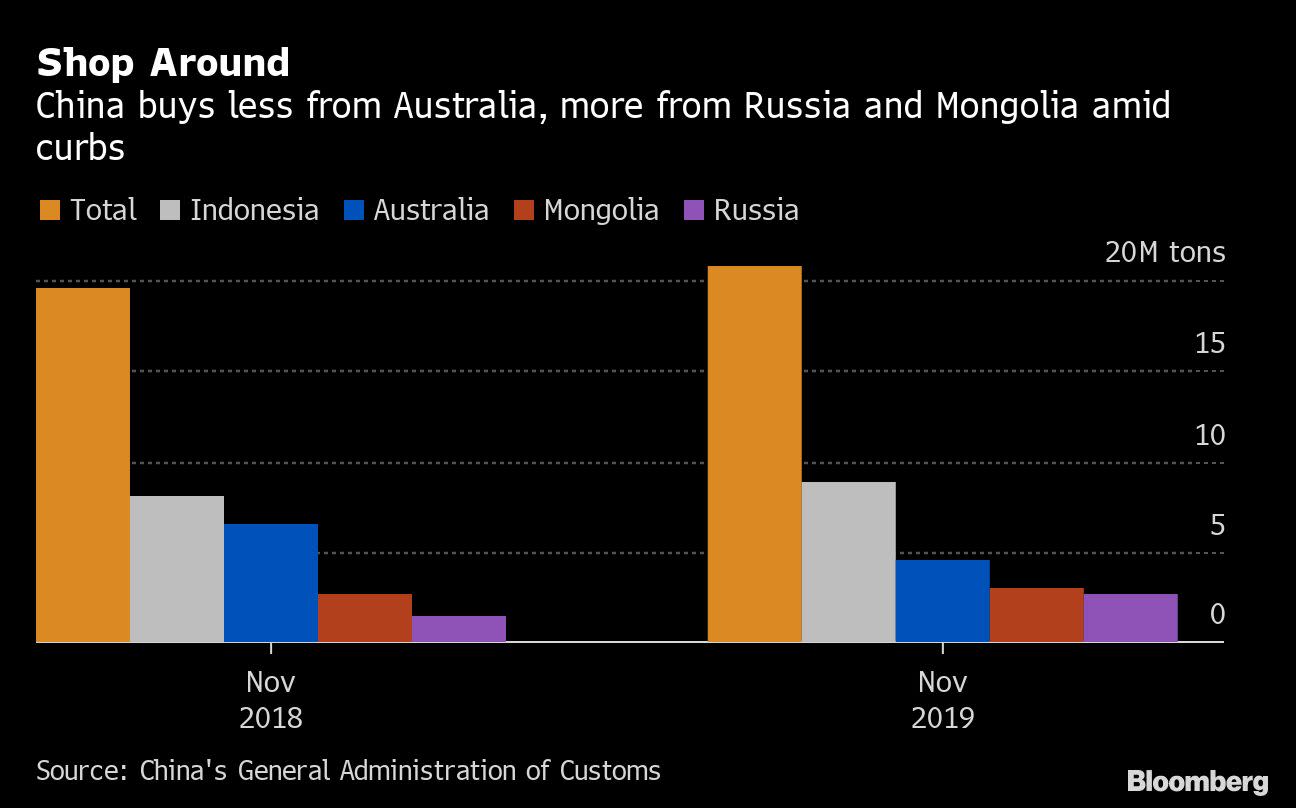 (Bloomberg) – Australia bears the brunt of China's coal import restrictions at the end of the year and cedes market share to other exporters, including Russia and Mongolia, after deliveries rose sharply in early 2019.

While China's total purchases rose 9% yoy in November, Australian deliveries to top buyers fell 31%, according to Bloomberg calculations based on customs data. Imports from Russia increased 81%, while Mongolian loads increased 14%. The volume of the largest exporter, Indonesia, increased by almost 10%.

November data point to a shift from mid-2019, when Chinese imports from Australia rose to a record high, mainly due to robust sales of coking coal. "Traders have been worried since September that import restrictions will tighten towards the end of the year as annual quotas are almost exhausted," said Feng Dongbin, chief analyst at China Coal Resource.

"This is especially true for ports in northern China, where coking coal imports reached a record high," he added. This type of coal is used to make steel and is different from thermal coal, which is used for energy and heat.

Australia is the world's largest exporter of coking coal and the second largest shipper of thermal coal. Australia is therefore particularly sensitive to China's import policy. The country's miners are also exposed to environmental pollution from devastating forest fires at home.

Beijing regularly adjusts import restrictions to balance the protection of local miners and power plants, although the policy is often unclear because there is no official announcement. While China allowed cheaper imports this year to ease the economic slowdown, ports like Caofeidian and Jingtang ceased customs clearance after imports increased significantly. These ports mainly serve steelworks in the Tangshan region.

See Also:  French companies must face their slave past

Read the prospects for China's coal imports through 2020 here

Contact the Bloomberg News staff for this story: Jing Yang in Shanghai at jyang251@bloomberg.net