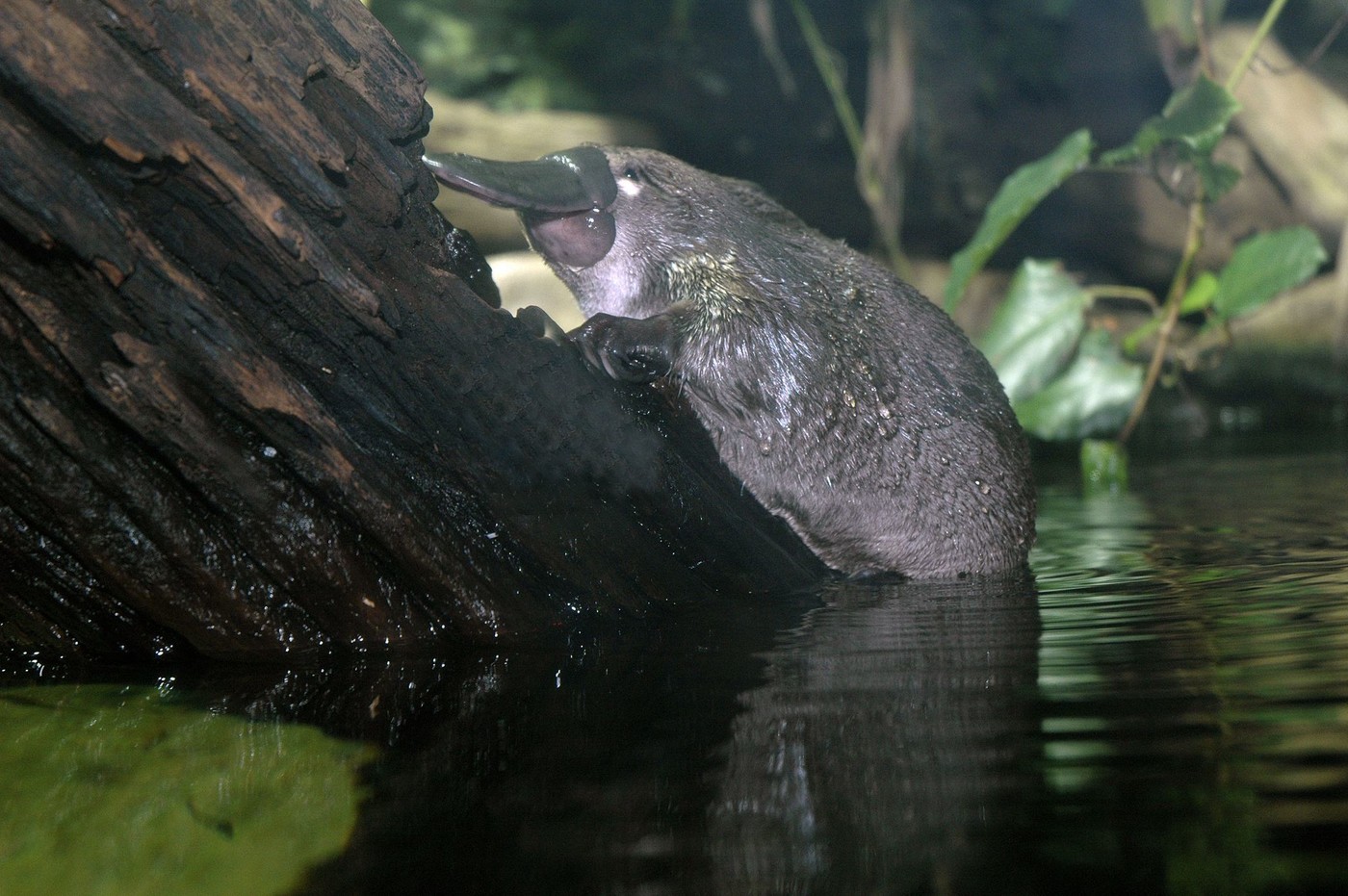 I have a duck bill, I have a beaver tail, I am dressed in an otter fur, I make a few grunts … Who am I? The platypus of course. An ancestral, endemic mammal, one of Australia’s most iconic animals. In other words, a “biological treasure” for the whole of humanity.

From his scholarly name Ornithorynchus anatinus (from the Greek “bird’s beak” and from the Latin “duck”), the platypus comes from very far; “Of a distant ancestor dating from before 167 million years, at the time of the Gondwana supercontinent bringing together South America, Antarctica and Australia, and of a closer to 110 million years discovered in New Wales of the South “, specifies Sandrine Ladevèze, paleontologist (MNHN-CNRS). When first observed in 1797, naturalists of the time believed it to be a hoax, an animal made by a taxidermist, so seemingly made of odds and ends.

A mammal… that lays eggs

Nocturnal and fierce, measuring between 40 and 50 cm, the platypus has a jaw-bill clad with electrical receptors allowing it to detect its prey (worms, insects, fish) while its eyes and ears are closed when swim! “Good swimmer, he dives for 30 seconds, then goes up to breathe for 10 seconds before diving again, spending up to 12 hours a day in the water”, says Élisa Chapuis, a naturalist student who recently observed them on Mary’s River.

Hunted for its fur until the beginning of the XXe century, the platypus has been protected since 1905 but has disappeared from South Australia as well as “In 40% of its historic habitat in the East” because of the drought and the fragmentation of its habitat by humans, says Gilad Bino of the University of Sydney.

In 2018, it was estimated that there were 200,000 individuals. What happened to the mega-fires? We don’t know yet, but we can imagine that, living in burrows by the rivers, he suffered little. However in Biological Conservation As of January 20, Gilad Bino estimates that the population is likely to collapse by 47 to 66% by 2070. And calls for a national study, as a matter of urgency.

six months before the Olympics, the Chinese anti-doping agency suspends its controls