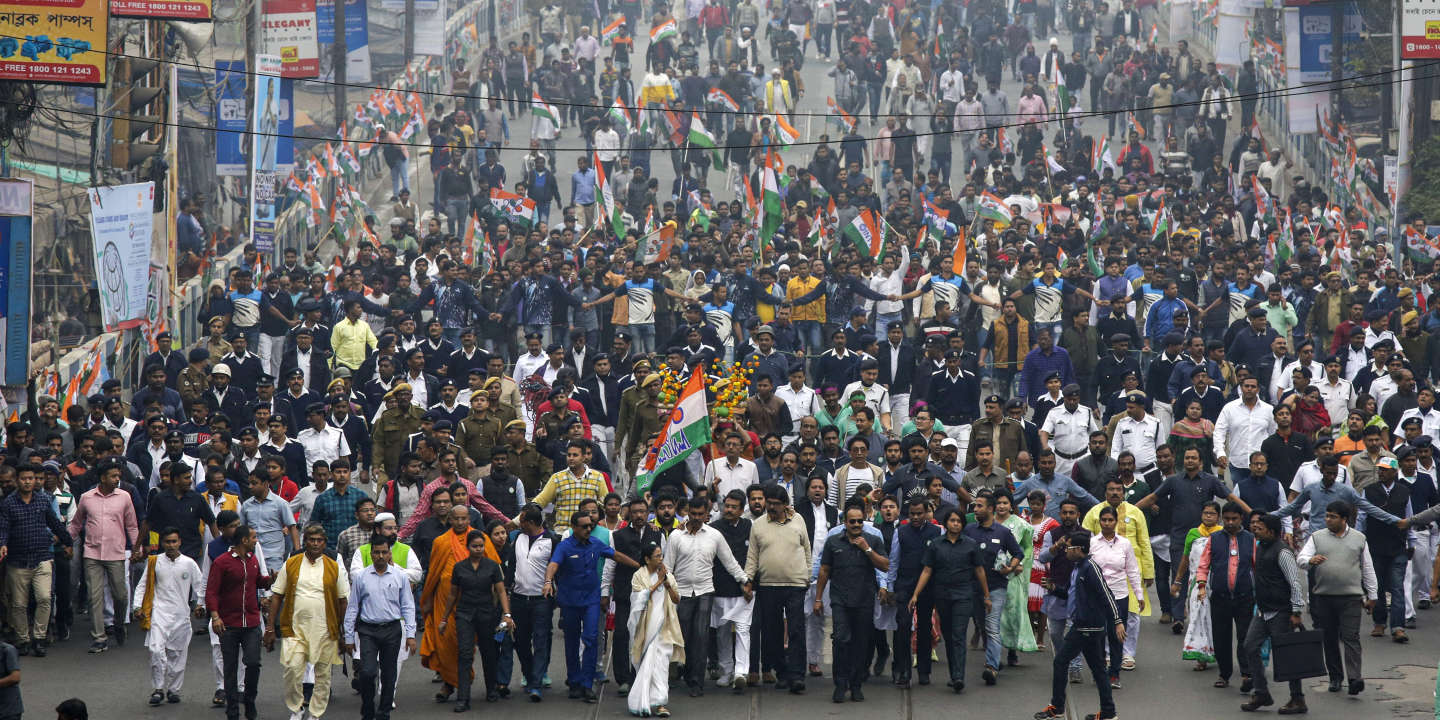 Anticipating new demonstrations against a citizenship law denounced as discriminating against Muslims, the Indian authorities cut access to mobile Internet and text messages in certain districts of Uttar Pradesh on Friday 27 December.

In the northern Indian state, controlled by Hindu nationalists and led by a radical monk, mobile internet was restored on Tuesday after nearly a week of suspension. This region of 220 million inhabitants has 20% Muslims. Blocking internet access to limit protests is a common technique used by authorities in India, the country in the world that has used this method the most. According to internetshutdowns.in, around a hundred have already been identified in 2019 alone.

Ahead of the Friday big prayer, thousands of armed police were also patrolling the Muslim-majority districts of Uttar Pradesh. 5,000 people were placed in preventive detention, in addition to 1,000 others already arrested in connection with the demonstrations.

Over the past two weeks, twenty-seven people have perished in sometimes violent demonstrations against this legislation, which has crystallized the grievances and fears raised by the government of Prime Minister Narendra Modi. It is the largest protest movement since the Hindu nationalists came to power in 2014.

Uttar Pradesh is particularly affected: a week ago, violent clashes broke out after the exit from the mosques, leading to the death of nineteen people – most of them shot dead. This brutal response by the police forces anger the demonstrators, who accuse the authorities of arbitrary repression.

Article reserved for our subscribers Read also India: "The question of the" Hindu nation "is at the heart of the protests"

Approved on December 11 by Parliament, the disputed law facilitates the granting of Indian citizenship to Hindu, Sikh, Christian, Jain, Buddhist and Parsi refugees who arrived before 2014 and who fled "For religious reasons" Afghanistan, Pakistan or Bangladesh, if they have lived in India for at least five years. Only Muslim residents are excluded from the scheme. They will remain undocumented, which means that they will have no rights.

If this law does not directly concern Indian Muslims, it has heightened the concerns of this religious minority (14% of the 1.3 billion Indians), who fear being relegated to the rank of second class citizens in India Hindu nationalists.

While this protest movement has wide international repercussions, the Indian authorities keep an eye on the actions of foreigners present in the country and take sanctions if they discover that they have joined the mobilization.

A Norwegian tourist who participated in a protest in the southern Indian state of Kerala has been ordered to leave the country, the Press Trust of India news agency reported. Earlier in the week, a German university exchange student in Chennai (also in the South) also had to leave India after participating in a march against citizenship law, according to the Indian press. According to photos published by the media, the young man had paraded with a sign saying "1933-1945 We have been there", in reference to Nazi Germany.

Article reserved for our subscribers Read also In India, Mamata Banerjee leads the sling against the nationalist policy of Modi