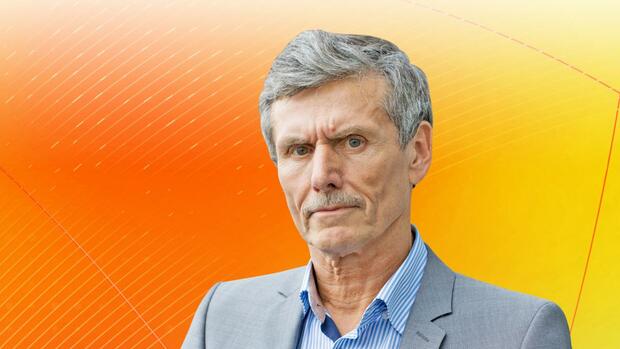 In July, the Chinese transport service provider Didi was listed on the New York Stock Exchange. At almost the same time, the Chinese authorities blocked Didi’s access to the app store, so the service provider can no longer acquire new customers. All of the young Chinese I spoke to are defending the lockdown.

They refer to the gigantic amount of data of the company, which processes 40 million journeys every day in the People’s Republic via its app. The listing in New York, so the argument goes, carries the risk that the Chinese mobility system for the USA will become transparent down to the smallest details.

The people I spoke to do not live in China and know that I would only give their assessments anonymously. That makes it all the more clear how much they are convinced of China’s politics. They combine their pride in the achievements of the Communist Party (CCP) to date with the confidence that this will not be any different in the future.

The CCP regards technological innovation as a strategic imperative, as the current five-year plan shows. In 2025, a good 56 percent of the Chinese are expected to use the fast 5G mobile Internet. Artificial intelligence, quantum computers, semiconductors, biotechnology, space and deep-sea research – these are all key areas of the plan. The national product is to be doubled to 30 trillion dollars by 2035.

The largest domestic market, the fastest economic growth, the greatest openness to technology and the joy of economic success – all indicators suggest that things are continuing to climb steeply. Due to the tremendously growing wealth of the Chinese, the Hong Kong stock exchange has the potential to become the world’s largest stock exchange in not too long. For this reason, too, Beijing shows little sympathy for US quotations. Against this background, can an alliance against China still make sense?

During the farewell visit by Chancellor Angela Merkel to Washington, a conversation with US President Joe Biden China was high on the agenda. For Americans, Democrats or Republicans, the People’s Republic is the number one enemy. One likes to refer to the suppression of the democracy movement in Hong Kong, the suppression of the Uyghurs or China’s temporary saber rattling against the “renegade” Taiwan.

Plea against the export of values

But is it even possible to equip citizens with different rights and obligations on one state territory – and that includes Beijing and Hong Kong and Taiwan? In any case, the former Federal Chancellor Helmut Schmidt recognized the enormous importance of China for the world economy early on.

Even as defense minister he advocated the establishment of diplomatic relations with Beijing, which happened in 1972. When asked whether it was not right to export the much-cited Western values ​​to other regions, Schmidt replied: “There are values ​​that we should absolutely adhere to, but I absolutely do not believe that we can share these values ​​with other people have to teach. ”

The fact is, China lived in dire poverty for a long time, but today more and more Chinese are enjoying their prosperity – prosperity based on the policies of the CCP. Beijing also shows responsibility around the world. “Our goal is to reach the peak of CO2 emissions before 2030 and to become carbon neutral before 2060,” announced state and party leader Xi Jinping in September 2020. At that time, the climate denier Donald Trump was still ruling the United States.

China wants to increase the consumption of non-fossil fuels to 20 percent by 2025. Today it is 15 percent. Incidentally, the principle of protecting large groups at the expense of individual rights applies in the People’s Republic. The fight against the pandemic has shown that. Helmut Schmidt did not know Covid, but he knew the principle – and respected it.

The car of the future will be made in China

In all probability, as a member of an alliance against China, Germany would jeopardize its own economic future viability, which applies to key industries such as the automotive sector. The VW Group and Mercedes now sell almost 40 percent of their vehicles in China, BMW more than 35 percent.

In addition: The car of the future will be made in China. On the one hand, because the big tech companies like Baidu, Huawei, Tencent are based there and China is the Eldorado for autonomous driving. On the other hand, because of the immense number of tech-savvy customers. Huawei has announced that it will bring a fully autonomous car to the streets in China by 2025. For the group, this is a “disruptive technology” that will unhinge both the classic auto industry and the battery-electric car.

The Chinese start-up Pony.ai announced the widespread operation of autonomous trucks in the spring. Guangzhou, a city of eleven million, is accompanying the project. Last year, Pony.ai received the first license for road tests with autonomous trucks from the province of Guangdong, which has 1.5 times as many inhabitants as Germany. At the end of 2020, Shanghai had 243 roads with a total of 560 kilometers for tests of intelligent, networked vehicles. Almost all of China is vying for the intelligent car.

The Chinese are crazy about digital gadgets, large screens, autonomous vehicles, in short: about the car of tomorrow. You are a key driving force behind technology development. In Europe and the USA, on the other hand, hand-sewn seat surfaces are still considered the highlights of exclusivity. The early adopters are in China. Those who do not have Chinese customers cannot amortize the huge investments required for autonomous driving. Chinese car buyers are funding the future of this key industry.

Anyone who, as a member of a Western alliance against China, would be deprived of around 40 percent of their production would be in a dangerous position. Significant cost disadvantages would make the products of the German carmaker too expensive and unattractive. The economies of scale provided by China will continue to increase in the future. In contrast to the USA, the market is still unsaturated and, according to a forecast by the CAR-Center Automotive Research, will grow to 31 million car sales annually by 2030.

We need a redefinition of our China policy. Germany’s membership in an alliance against China would amount to a kind of self-tearing. So we should orientate ourselves on Helmut Schmidt’s insight that we shouldn’t impose our values ​​on other regions. Sanctions and enemy images have never solved problems.

The author: Ferdinand Dudenhöffer is director of the CAR-Center Automotive Research, Duisburg.

More: In the struggle for the future of the automobile, the tech companies are at the forefront