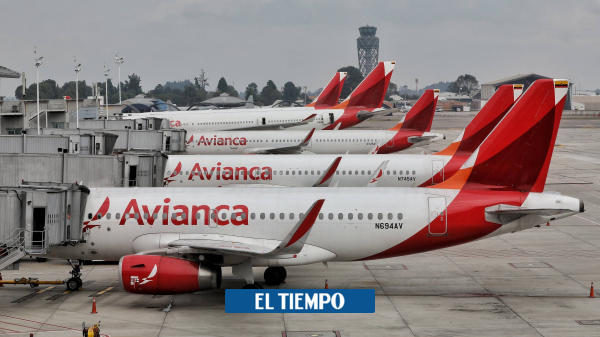 New York Bankruptcy Court gave the go-ahead to the letters of commitment submitted by Avianca Holdings to carry out the financing that will allow the company to exit Chapter 11, as confirmed by the group in a message sent to the Financial Superintendency.

(Read also: Government meets with manager of La 14 to try to save the company)

“This approval represents a first step towards future approval of debt financing for Chapter 11 output“, said the company in its communication.

And he added that, through a separate application, he will ask for court approval of an amendment to the current DIP documents, to include two new loan tranches that will fully refinance his obligations. for 1,400 million dollars, and that will provide about 220 million additional liquidity and will become long-term debt financing when Avianca emerge from Chapter 11.

(You may also be interested in: La 14: how this emblematic business in the Valley went bankrupt)

The airline also made it clear that at this stage of the Chapter 11 It is not possible to know if third parties, creditors or shareholders will contribute new capital, or if the value of the company’s shares (ordinary or preferred) will be diluted, as well as the scope that it would have if the latter were the option.

In its message to the market, the company explains that said letters of commitment, approved yesterday by the tribunal, represent the first tangible result of the marketing process you carried out Avianca in search of its exit financing, which began in April 2021.

Avianca obtained two financial commitments to replace DIP and long-term financing for when it comes out of its current situation. “As announced on July 22, the two tranches have slightly different commercial terms, but both would be used to replace the current Tranche A,” the company explained, after stating that “these new financial commitments, approved today (yesterday) by the court, represent a key component of any restructuring plan that Avianca propose under Chapter 11 “.