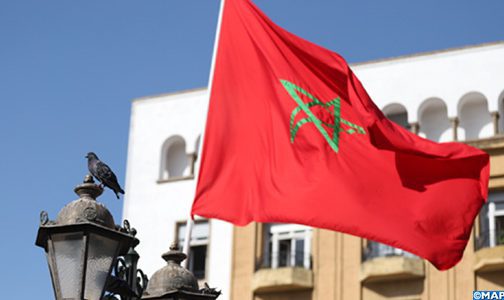 Manama – Bahraini newspapers on Saturday highlighted the profound significance of the decision of the King of Bahrain, HM Hamed Ben Issa Al Khalifa, to open a Consulate General of his country in Laâyoune, stressing that it is about ‘a confirmation of support and solidarity towards Morocco in the defense of its sovereignty, its rights, its territorial integrity.

In this context, the daily “Akhbar Al-Khaleej” writes that the presence of the Kingdom of Bahrain in the Moroccan city of Laâyoune which has an authentic historical heritage, a very important strategic location, vital resources and numerous opportunities for investment and development in several areas, will strengthen strategic cooperation between the two countries and the two brother peoples under the leadership of HM King Hamed Ben Issa Al Khalifa and his brother HM King Mohammed VI.

Bahrain’s position regarding the support of Morocco’s sovereignty over its territories has been firm since eternity, the newspaper said, noting that Bahrain’s decision to open a Consulate General in Laayoune reaffirms Manama’s support and solidarity towards the Morocco in defense of its sovereignty, rights, safety and security of its territories and its citizens in the region of Guerguarat in southern Morocco.

The decision illustrates the strong and close relations between the two kingdoms, as well as the Ruler of Bahrain’s clear and continuing concern for Arab security and stability, the publication notes.

Bahrain, adds the author of the article, is one of the first countries of the Gulf and Arab countries to take this historic step to support brother Morocco at the international level in the confirmation of its right to sovereignty over its lands. .

The opening of a Consulate General in Laâyoune also stems from Manama’s desire to preserve Arab national security, and to provide the necessary support to Morocco, which has for some time been facing attempts by certain parties against its sovereignty. and unrest at Guerguarat crossing, the publication indicates that this strategic decision also confirms the strength of the Arab coalition against external risks and the strengthening of the strategic partnership between Bahrain and Morocco.

He added that this decision coincides with the sessions of the UN Security Council and its Resolution n ° 2548, adopted last October on the Moroccan Sahara.

For its part, the daily “Al-Ayam”, which quotes the parliamentarian Hamad Al-Kouhaji, writes that the decision of the Kingdom of Bahrain to open a Consulate General in the city of Laâyoune, following the telephone call between HM the King Hamed Ben Issa Al Khalifa and his brother HM King Mohammed VI, reflects the depth of fraternal relations between Bahrain and Morocco, stressing that the security and territorial integrity of Morocco are an integral part of Arab security.

The decision of the Sovereign of Bahrain to open a Consulate in Laâyoune at this time, is a confirmation of Manama’s support in Rabat for the preservation of the territorial integrity of Morocco and the strengthening of its security and its development, declared Mr. . Al-Kouhaji.

This decision represents a message of support for the measures taken by Morocco to guarantee the movement of goods, goods and people through the passage of Guerguarat, in the Moroccan Sahara, he continued.

For its part, “Al-Bilad” underlines that Manama’s decision comes at a crucial moment to reaffirm Bahrain’s strong solidarity with Morocco in the defense of its sovereignty and its territorial integrity.

The Sovereign of Bahrain, who maintains close, deep and fraternal relations with his brother HM King Mohammed VI, has always affirmed his great and firm support for the historic relations between Rabat and Manama while working to further strengthen them at all levels, adds the log.

The leaders of the two countries have brought to the relations between the two kingdoms a series of new glories which have reached the highest levels of solidarity and cooperation in the various fields, notes the Bahraini daily.

And to recall that the two brother countries share historical relations and exemplary cooperation and integration in many fields, in particular the political, judicial, diplomatic, security, military, economic and cultural fields.