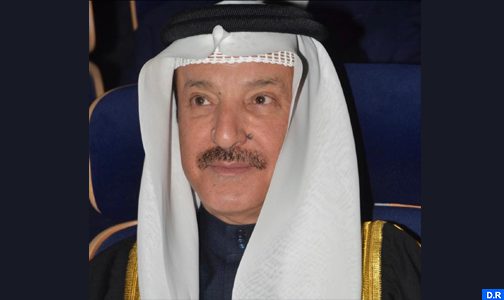 Rabat – The decision of Bahrain to open a consulate general in the city of Laâyoune reflects the constant positions of this country in favor of the territorial integrity and the national unity of the Kingdom of brother Morocco, affirmed Friday the Ambassador of Bahrain in Rabat, Khalid bin Salman bin Jabr Al-Musallam.

In a statement to MAP, the Bahraini diplomat stressed that “the decision of the Kingdom of Bahrain to open a consulate general in the city of Laâyoune, following the phone call received yesterday by HM King Mohammed VI from his brother SM King Hamad Ben Issa Al Khalifa reflects the constant positions of the Kingdom of Bahrain in favor of the territorial integrity and national unity of the Kingdom of brother Morocco, and reflects the exemplary nature of Moroccan-Bahraini relations and the bonds of fraternity, of love, sincerity and unity of destiny ”.

The inauguration of a Consulate General of the Kingdom of Bahrain in Laâyoune “is not a symbolic position, but rather a concrete decision, which confirms the firm and continuous support of the Kingdom of Bahrain in Morocco, and embodies solid political relations , based on fraternity and solidarity, in defense of the sovereignty of the two brotherly countries and of their national unity ”, he added.

The Kingdom of Bahrain aspires for this step to give a strong impetus to the relations between the two Kingdoms to raise them to broader perspectives, he stressed.