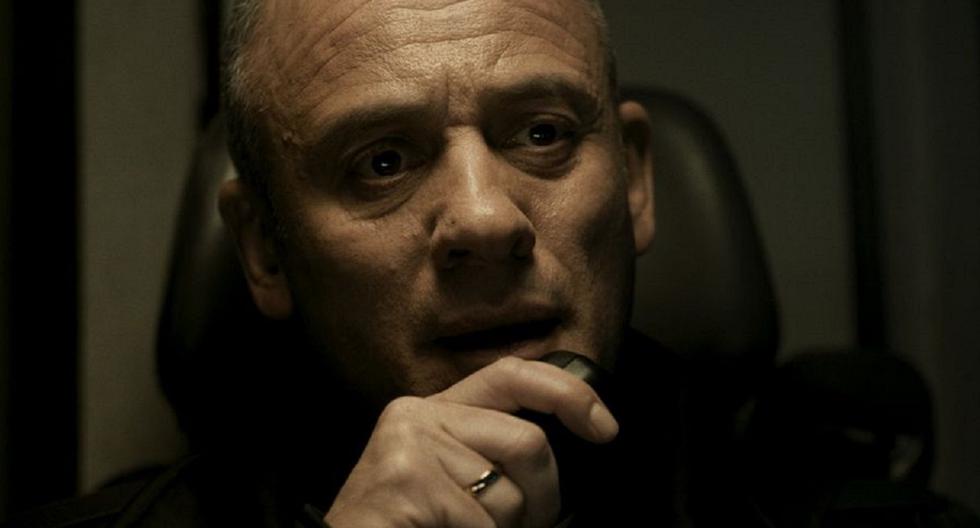 BEWARE, SPOILER ALERT. “Bajocero” is a Spanish film by Netflix Directed by Lluís Quílez and co-written by Fernando Navarro that takes place in “Winter at night on an uninhabited highway, where a prisoner transfer van is brutally assaulted. Martín (Javier Gutiérrez), the policeman who drives him, manages to survive and entrench himself inside the cubicle.

MORE INFORMATION: What happened at the end of “White Tiger”, Netflix movie?

Inside, the prisoners look for a way to finish him off and escape. Outside, someone is lurking. He wants one of the inmates and he won’t stop until he is handed over to him. Martín will try to fight for his life and fulfill his duty, even if that makes him question all his principles.

After the accident and losing contact with his fellow police officers, Martín gets out of the armored truck to look for his partner, but finds them dead. When he tries to call for reinforcements, a man begins to shoot him and after receiving an impact in the leg he takes refuge in the back of the vehicle with the prisoners.

MORE INFORMATION: What happened at the end of “Risk Zone?

At first the inmates think it is a rescue and even organize to escape; however, the man behind manages to set the cells on fire and although they manage to put out the fire, Pardo dies burned.

The man communicates with the criminals and urges them to steal the only key that opens the door from the policeman. They immediately hit Martin, but before the Romanian grasps the key, Nano uses a fire extinguisher to kill him. Then, the one who planned everything identifies himself as Miguel and reveals that he has come to pay off a personal debt with Nano.

MORE INFORMATION: What happened at the end of “Midnight Sky” and what does it mean?

WHAT HAPPENED AT THE END OF “BAJOCERO”?

After Nano swallows the key, the rest of the prisoners lock him up with Martín in one of the cells while they think about how to open the doors of the armored truck. Miguel warns them that they have until dawn otherwise they will all die.

Meanwhile, Montesinos, who survived the accident, wakes up and requests reinforcements. He finds a car and discovers that it is a former policeman named Garcia who seeks to avenge his daughter’s death.

While Rei gets under the truck and tries to open a kind of hatch, Montesinos catches up with them and tries to get Garcia to desist from his plan. But Miguel performs some maneuvers and causes his pursuer to crash into a tree and Rei to hit an iron and die.

After a few minutes, Miguel drives again and leaves the armored vehicle in a frozen lake so that it sinks and everyone dies. With no other way out, the prisoners join Martín to open a hatch and get out before drowning.

Martín, Ramis and Nano manage to escape, but Golum freezes to death. Once out of the water, the policeman lets Ramis escape and open the bar he talked about so much, while he goes after Garcia to prevent him from murdering Nano.

When Miguel finds him, he explains his reasons, Nano and his friend El Chino drunk, raped, tortured and murdered their thirteen-year-old daughter. After justice failed him, García only wants the culprit to tell him where his little girl’s body is.

Although Martín understands the situation, he cannot move away from the law and prevents Miguel from murdering Nano, however, he changes his mind when the criminal makes fun because he feels safe with the arrival of police reinforcements.

Then, Martín shoots him until he reveals that Miguel’s daughter is in a nearby well. “Bajocero”Ends with Martín losing his job for not following the rules.

WHAT DOES THE END OF “BAJOCERO” MEAN?

From the beginning the Spanish film makes it clear that it is about revenge and as it progresses some mysteries are revealed, such as the identity of the executor and his prey, how far he is willing to go, and finally Miguel’s motivations.

Although Martín, Miguel and Nano are the protagonists of “Bajocero”, The rest of the prisoners also play an important role and their stories are never neglected. The film begins in an intense way and ends in the same way.

On the other hand, Martín is the one that evolves the most, since from the beginning he makes it clear that he is used to following the rules and laws, even defending one of the prisoners when his partner becomes violent.

However, in the end he re-evaluates his position and goes against his principles to help Miguel, a father who only wants to find the body of a daughter. In the film there are several elements that can contribute to the policeman’s decision, such as the fact that he is the father of two girls or even the story of Rei, who left the man who raped her sister in a coma, but it was undoubtedly the mockery and Nano’s look that made him act.