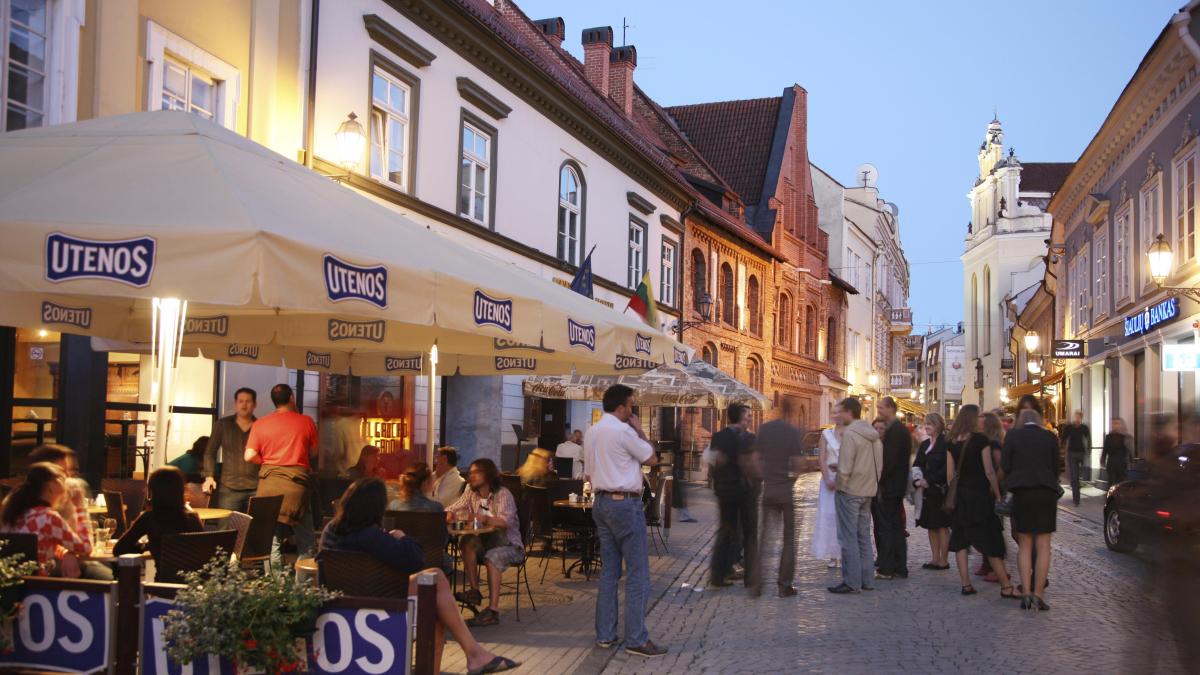 Ma world tour is currently taking me through the Baltic states. I have to admit that this region has never particularly appealed to me. Because of my Polish roots, I suspected that the cultural contrast was not strong enough to broaden my horizons. The best conditions to be surprised and find out whether Tallinn, Riga or Wilna (Lithuanian: Vilnius) is the most beautiful Baltic metropolis.

When I asked a good and well-traveled friend before starting my trip which of the Baltic capitals he found most beautiful, he simply replied: “They are all beautiful and all very similar”. My personal impressions are very different. I found Tallinn, especially the old town, really pretty, the country progressive and the culture very fond of neighboring Finland. Accordingly, the mood was rather reserved in the Nordic region.

After a short and rainy detour to the Estonian island of Saaremaa, we went to Riga via Pärnu. It is less than three hours by bus to reach the Latvian capital.

The difference between Riga and Tallinn is enormous

Even though I arrive on Saturday night, Riga doesn’t seem busy. My accommodation is in the west of the city center. The eternally long street stretches out in the rainy darkness until I finally reach my apartment. The reviews of the property on the booking portal prepared me for the worst.

And yes, it looks like an abandoned haunted house. The wobbly wooden stairs, the creaking doors, the porous walls with crumbling paint – that has the charm of the Beelitz Heilstätten near Berlin. Nevertheless, I decided on this dump, because the apartment itself has been perfectly renovated, extremely quiet and, above all, inexpensive.

When I leave the house on Sunday morning, I can’t help but be amazed. The dark old buildings have lost their horror in daylight and are now exciting and steeped in history. On the way to the old town, the paths become wider, the buildings more monumental, and the entire panorama more impressive.

The difference to the tranquil Tallinn is enormous. Riga looks downright spectacular compared to the Estonian capital, which is almost half the size. This is mainly due to the architecture. You can wander for hours through the city center and enjoy the imposing Art Nouveau buildings, which are among the highlights of Riga.

A bishop from Bremen is considered to be the founding father

Between the city center and the old town there are extensive parks and a small canal that is fed with the water of the Daugava. And as if all of this wasn’t charming enough, you finally reach the old town. Here you can drift in the network of picturesque alleys.

The fact that you also feel reminded of Germany is not only due to the large number of German tourists. Because a bishop from Bremen, Albert von Buxhoeveden, is named as the founding father of Riga in 1201, even if the history of the city goes back even further.

Over the centuries, the successful trading town as a strategically important place was occupied by Poland-Lithuania, Swedes, Germans and Russians. Although the country has been independent again since 1991, the Soviet era ensured that Russians still make up almost 40 percent of the population of Riga today.

The architecture mix of Art Nouveau and Soviet buildings characterizes Riga’s cityscape. However, the central market with the four market halls pulls me under its spell. The scent of fresh dill and smoked eel as well as the vanilla aroma in the candy department inevitably evoke childhood feelings in me.

And who would have thought that the German army would assemble their zeppelins in these halls before they were dismantled in Vainode, 185 kilometers away, and reassembled in Riga on the market square. Two Zeppelin hangars were made into four market halls.

By the way: The best view not only of the central market, but of the entire city is from the high-rise building of the science academy. This picture-perfect Soviet building is also a real attraction from the outside.

When I leave Riga on the bus in the direction of Vilnius, I can hardly imagine that the Lithuanian capital will inspire me even more. But far from it: she wrapped me loosely around her finger. Maybe it’s because of the low expectation I brought with me, because I never had Vilnius on my travel radar.

When I enter the old town for the first time, I experience a series of aha moments. In contrast to Tallinn and Riga, I don’t have the feeling that the old town is primarily a tourist hotspot, but simply the center of social life in Vilnius.

Whether during the day or in the evening, the streets are full of neatly dressed people. See and be seen is obviously the motto. In the evening at the latest, as a tourist in functional clothing, you feel completely underdressed when you want to take advantage of the endless range of chic cafés, bars and restaurants.

Despite the oversupply, a number of people queue up in the evening to come to popular restaurants. At least in late summer, Vilnius exudes an almost Italian flair. The city seems like a source of life that is difficult to escape from. The sweet life shows up everywhere, at least outwardly.

The people here walk a lot: along the Neris River and its small tributary Vilnia, in one of the adjacent parks or in Uzupis – more precisely the Republic of Uzupis. In this part of the city the republic was proclaimed as part of an artist campaign, which is even based on its own (very humorous) constitution and, not entirely by chance, celebrates its independence on April 1st.

To top it off, just before sunset you should climb the stairs to the Gediminas Tower to enjoy the view of Vilna from this old castle ruin. At the end of the trip through the Baltic cities, I can easily make a judgment: If I had to choose between Tallinn, Riga and Vilnius as a place to live, the attractive Lithuanian hedonist stronghold of Vilnius would be the choice.