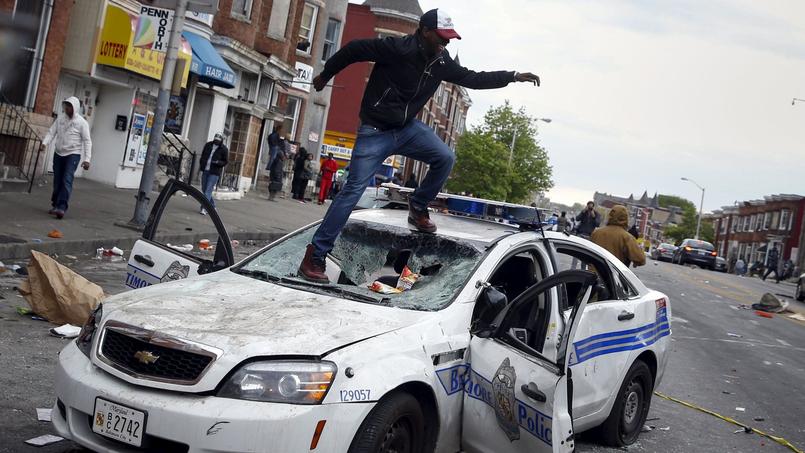 François Durpaire is a historian from the United States. He is also responsible for the France Diversité Médias TV branch. Follow his news on his site.

Riots in Baltimore broke out after the death of Freddie Gray, a young black man of 25 who died in prison after being injured during his arrest. This drama adds to many police blunders that have exacerbated racial tensions in recent months. After Obama’s two terms and nine months after the Ferguson violence, racial tensions still seem to be strong. How to explain it?

The same causes produce the same effects. There is indeed an absence of public policies powerful enough to resolve this type of case. The problems which had been exposed by the Michael Brown affair in Ferguson persisted and were manifested later in several cities of the United States, in particular in New York, and currently in Baltimore.

However, there are no American units around the diagnosis.

A large part of the minorities believes that it is a question of racism by the American police. The white majority, it is positioned on another field. She believes that these events are not necessarily related to the racial issue or community relations but are mainly related to delinquency.

This lack of unity in the analysis of the causes makes it difficult to provide public policy solutions. Added to this is the fact that in a federal state, all decisions are not taken from the Oval Office. The policies involved in these cases are municipal policies. Unlike France, it is not the same police. The relationship between the Ministry of the Interior and the various police forces is therefore not the same, the situation is much more complex. The municipal police are independent, their chief is elected by voters and their sovereignty is different from the federal police.

Can we speak of “ordinary racism” of the local police towards the black community as denounced by the minorities?

Since the 1980s, black associations, notably the NAACP, have denounced police brutality.

The local police are mostly white in a country which has diversified strongly, especially in cities where the black community is the majority – as is the case in Ferguson and Baltimore (65% of black Americans for 2 million inhabitants). This police force indeed has prejudices and a way of intervening too brutal of which a policy of zero tolerance, as in Baltimore, which is badly accepted by the population.

It is striking to note that in this city, between 1992 and 2012, 127 people were killed by the police. This figure is twice as high as that of cities of similar size like Seattle or Oklahoma city. Violence is much greater in Baltimore.

Racial prejudice persists among the American population. They are the ones who kill when a police officer is confronted with an American black during an altercation.