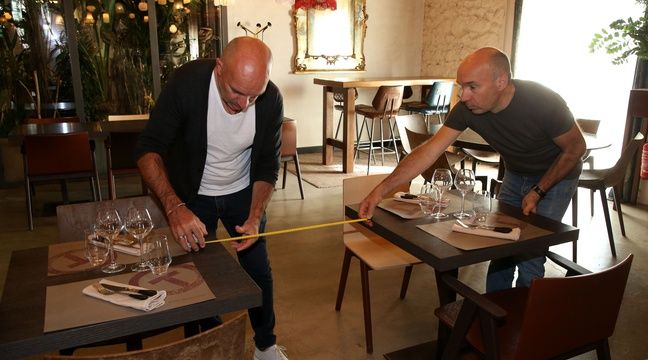 The party is over. It is now forbidden to dance in bars and “establishments open to the public”, as well as in public places, “covered or not”, of the Hérault, placed Thursday in “active circulation zone” of the coronavirus, under of a prefectural decree. The prefecture evokes “new protective measures” about these last restrictions taken by an order dated Thursday and valid until September 15.

Asked by AFP, Patrick Malvaës, president of the National Union of discotheques and places of leisure (SNDLL), denounces in reaction “the carelessness” and “the irresponsibility” of the public authorities which have, according to him, “let it go. everything and anything “. “It has been dancing everywhere all summer except in one place, the establishments that are made for dancing! », He laments.

“Bars and restaurants can continue to exercise their activity subject to not contravening this measure” prohibiting customers from dancing, specifies the prefecture of Hérault in a press release. A “derogation is granted for the activities of dance education establishments”, adds the prefecture.

A contamination rate above the alert threshold

In addition, “the authorizations of demonstrations, events, gatherings on the public highway or in a place open to the public bringing together more than 10 people will be strictly limited in connection with the mayors of the municipalities concerned”, she added. .

The contamination rate for the Hérault is 84 cases per 100,000 inhabitants while the alert threshold is 50 per 100,000. The prefect of Hérault had already announced on Monday the closure for two weeks of 17 establishments (bars, restaurants, musical bars) in the naturist village of Cap d’Agde.

According to Patrick Malvaës, the government wanted “to lift the lid of the pressure cooker a little so that during the summer the French can let off steam a bit, but when you see everything that has happened in bars and restaurants , even private villas, we say to ourselves “we walk on the head” … “, he is indignant.

The French “have had their vacation, now the recess is over”, he summed up. But he also denounced the opening authorizations for saunas and libertine clubs.

The nightclubs, closed for six months, “have no responsibility for the new clusters and the spread of the virus”, but it is “they who will pay the bill at a high price for the abuses of others”, regretted the president of the trade union of the profession.

According to Patrick Malvaës, “there is zero chance that the discotheques can start again in September” and their leaders will have no other choice but to file for bankruptcy and lay off, unless the government sets up compensation over several months.