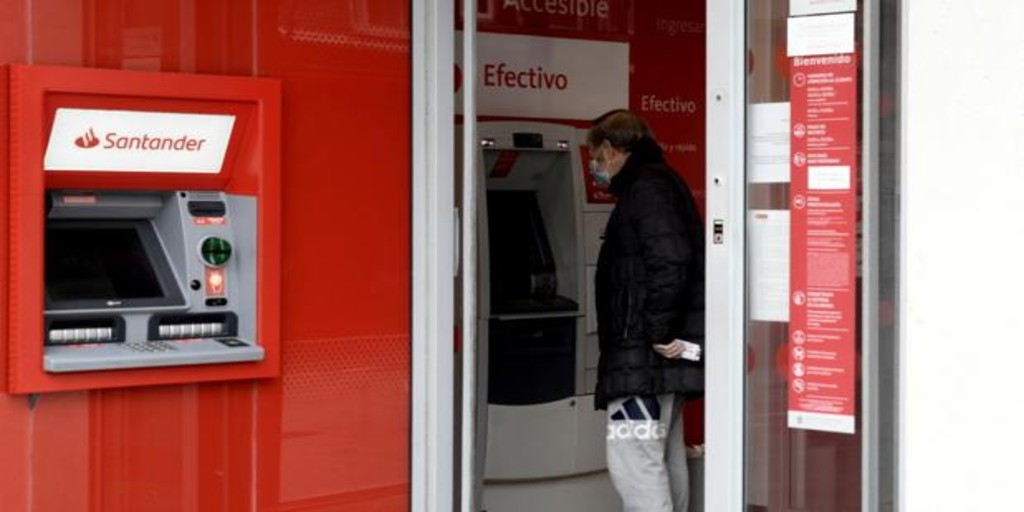 Banco Santander is going to
r 100 million euros to solidarity initiatives around the world to purchase medical equipment and support research against the coronavirus, the entity has reported.

Last March Santander announced the creation of a solidarity fund for a minimum amount of 25 million euros, initially financed with 50% of this year’s total compensation from the bank’s president, Ana Botín, and the CEO, José Antonio Álvarez, 20% of the remuneration of non-executive directors and the voluntary contributions of employees.

Banco Santander has announced that, thanks to new contributions in recent days from different countries through voluntary donations from employees and third parties, as well as funds contributed directly by the group’s subsidiaries, the fund has grown to 54 million euros.

Ana Botín has assured that Santander’s priority is the health of employees, while giving continuity to the business and financial support to customers, and recalled that the bank is doing «everything possible to help hospitals, by health personnel and the various organizations and foundations that are working to fight the coronavirus ”.

“We have made our international network and global purchasing power available to health authorities to help manage relationships with suppliers and distributors so that the necessary equipment and supplies reach the people and places where they need it most “Said Botín.

On the other hand, Santander contributes 46 million euros more by redirecting funds from certain projects towards initiatives dedicated to the fight against the coronavirus and the protection of those vulnerable groups most affected by the disease in various countries.

See Also:  Several festival insurers included the coronavirus in January as a clause not to cover cancellations

Spain
In Spain, it has already donated 4.1 million masks to the Government, the Armed Forces and the Police, various hospitals in the country, including Cantabria and Boadilla del Monte, where its main headquarters are located. Likewise, the bank has donated 500 non-invasive respirators distributed throughout the country, 2,000 blankets for the Hospital de la Paz in Madrid, disinfection instruments in nursing homes in Madrid and has contributed to the IFEMA field hospital with 2,000 beds, blankets and respirators.

Other initiatives in collaboration with researchers, companies and NGOs have been the purchase of 500,000 liters of water for hospitals or support for projects to divert production capacity to the manufacture of masks. In addition, Santander Lease will donate the amount of executive fuel cards for the months of March and April.

Additionally, Santander has raised two million euros from customers and third parties through initiatives promoted by the bank, such as the Santander Fest League, through which another 115 respirators and 400,000 masks have already been purchased.

Portugal and UK
In Portugal, Santander has participated in different initiatives to deal with the disease, donating medical supplies such as respirators and masks. While in Poland, he has donated two million zlotys (about 441,500 euros) to hospitals in urgent need and has raised, together with clients and employees, another three million zlotys (662,500 euros) for fans, gowns, masks and other medical equipment .

In the United Kingdom, Santander UK has made donations to the Alzheimer’s Society and Age UK to support the groups most vulnerable to this pandemic, in Brazil it has joined the main banks in the country to buy rapid tests, respirators and other medical equipment and in Chile participates in the Private Emergency Fund for Health, with the aim of obtaining 50,000 million pesos (about 54 million euros), and has made donations to the Techo Chile and Telethon foundations.

For its part, in Argentina the bank is collaborating with different NGOs in donating medical equipment and supporting the most vulnerable groups, in Mexico it has launched the #YoMeQuedoEnCasa scholarships to develop skills in languages ​​and other skills to improve employability and The United States has refocused its program of assistance to NGOs that provide essential services to the community.

On its side, Santander Consumer Finance has donated 380,000 euros in different European countries and in China, and 250 radios and 1,500 protective equipment in various Spanish and Polish hospitals. Santander has also launched “This we overcome together”, an open and accessible space for any person or company, whether or not a client of the entity, which contains information and resources in order to help overcome the situation caused by the coronavirus. .