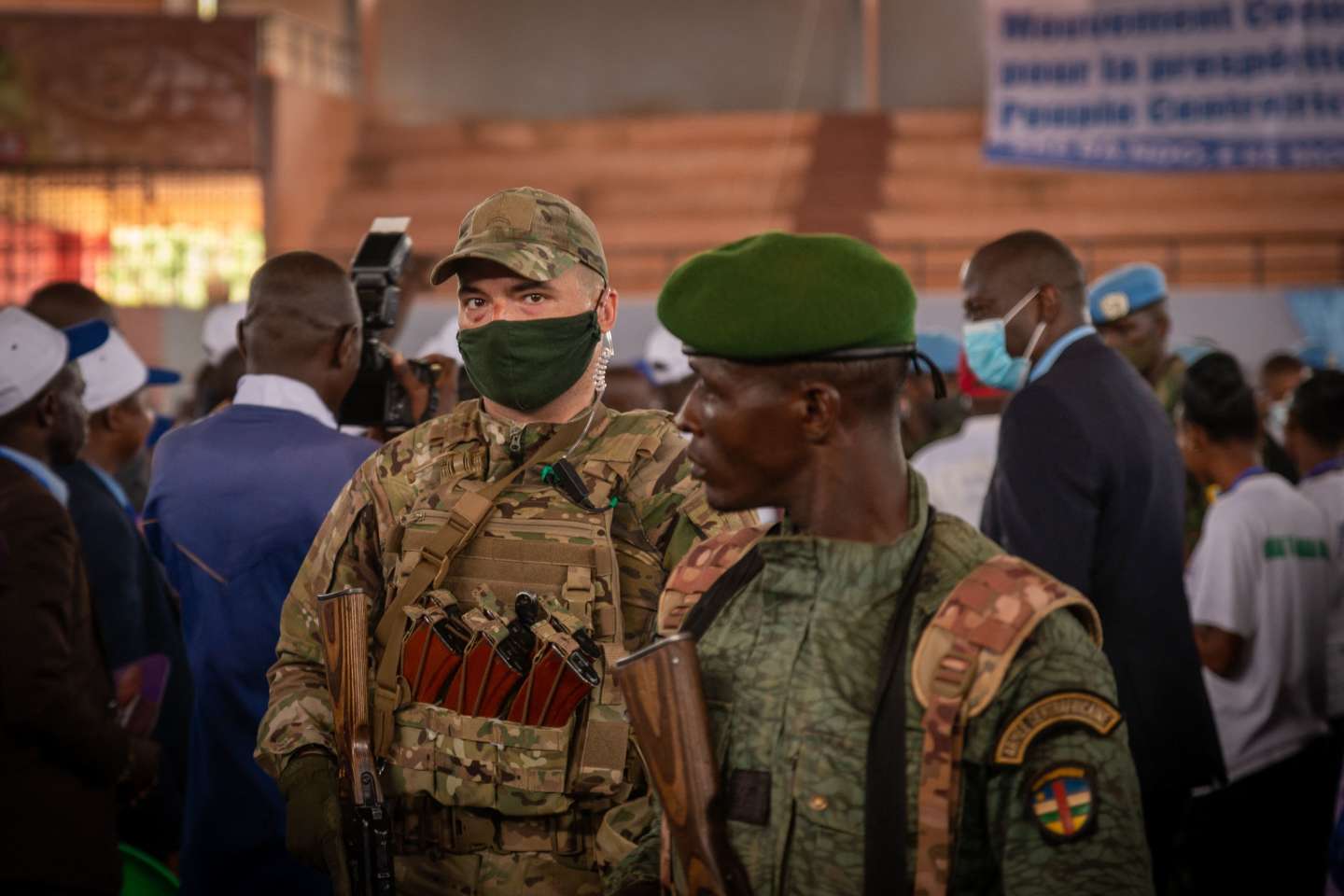 The government of the Central African Republic affirmed, Monday, November 28, that a plane which came and left from a neighboring country bombarded during the night of Sunday to Monday a camp of soldiers in the north of the country, as well as their “allies” Russian paramilitaries present on the ground, notably from the Wagner Group. However, he specified that these bombardments had not caused any casualties.

The device “dropped explosives in the city” de Bossangoa “targeting the base of our defense forces, that of our allies as well as the cotton factory”writes in a press release the government.

An investigation opened to “locate the responsibilities”

an aircraft “bombed the base of the Russians at 2:50 a.m., we heard at least four bombs but, as it was dark, we did not see the plane which was without lights and made little noise”told Agence France-Presse (AFP) by telephone Etienne Ngueretoum, regional director of water and forests in Bossangoa.

Two bombs exploded according to him in his garden, which adjoins the cotton factory occupied by the Russians. “The explosions were frightening”he assured, before adding: “I found nails and bits of iron in the roof of my house. »

Read also: In the Central African Republic, three members of an armed group convicted of crimes against humanity

The mayor of the city, Pierre Denamguere, also confirmed the attack by telephone to the news agency. “It’s an airplane without lights and that we don’t have [pas] could identify. The target was the cotton factory that the Russians and the armed forces use as a base, there is not too much damage”he commented.

“These explosives caused significant material damage”however, says the government in its press release, adding that “this aircraft, after committing these crimes (…), headed north (…) before crossing our borders. An investigation has been opened for “identifying responsibilities” of “This despicable act, perpetrated by the enemies of peace, [qui] cannot go unpunished” et “All arrangements have already been made to deal with any eventuality”he concludes.

It is the first time that an alleged attack by a hostile aircraft has occurred since the start of the civil war in 2013, or that it has at least been publicly announced. Chad borders the country to the north of Bossangoa, a town that was until recently in the hands of rebels, while Cameroon borders the Central African Republic to the west and Sudan and South Sudan are located very far to the northeast.

Relations have been extremely tense between Chad and the Central African Republic in recent months. Bangui criticizes N’Djamena in particular for letting armed groups use its territory as a fallback base and for having granted asylum to their main leader, ex-president François Bozizé. N’Djamena had for its part accused in February 2022 an important Chadian rebel leader of having sought the support of the Wagners in the Central African Republic, even if this leader finally joined the Chadian power.

At the end of May 2021, Chad had also accused the Central African army of having killed six of its soldiers, including five “kidnapped and executed”in the attack on a border post on its territory, speaking of ” war crime “. In December 2021, soldiers from the two countries had also exchanged fire on both sides of the border and a Chadian soldier had been reported missing.

Hundreds of Russian paramilitaries present in the country

In the Central African Republic, the army and hundreds of Russian fighters are fighting together against the regime’s rebels. Bangui always refers to these paramilitaries by the term “allies”. The presence of the latter dates back to 2018 but was accelerated in December 2020, when President Faustin-Archange Touadéra called on Moscow for help after the rebels were advancing rapidly towards Bangui. Russian paramilitaries, in particular from the Wagner Group, have thus landed by the hundreds, reinforcing hundreds of others who have been present since 2018.

Read also: Article reserved for our subscribers How the Central African Republic became the laboratory of Russian propaganda in Africa

The armed groups, which then occupied two-thirds of the Central African Republic, were quickly pushed back from most of their strongholds, but they continue to carry out sporadic guerrilla actions against the military and their allies, particularly between Bossangoa and the Chadian border.

The UN and Western capitals regularly accuse the Central African military and Wagner of committing crimes against civilians as well as the power of Mr. Touadéra to remunerate them with the mineral resources of this country among the poorest in the world, in particular with gold and diamonds.

Stabbings in Molenbeek, Saint-Gilles and Anderlecht: two dead and two injured, no link established between the facts