Media reports revealed a verbal decision by the Algerian authorities to ban the broadcast of Cheb Khaled’s songs on all Algerian radio stations and channels, against the background of statements that some considered supportive of Morocco’s position in its political dispute with his country.

Cheb Khaled had recently visited Morocco on the sidelines of the “Asilah” cultural season, and he stayed for several days in the famous Moroccan heritage city. The visit witnessed several meetings that brought him together with Moroccan officials, including Moroccan Minister of Justice Abdellatif Wehbe and former Foreign Minister Mohamed Benaissa.

We recommend to you: clips from the funeral of Suhair Al-Babli … Moez Masoud leads the worshipers and Donia Samir Ghanem comes out of her isolation

Although the visit was not official, some Moroccan media quoted Khaled as saying about the Moroccan-Algerian relations, which have been witnessing great tension over recent years. However, Khaled’s comment did not go outside the framework of the call for the spirit of brotherhood to prevail between the two countries under the slogan, “Keep, separate.” Which means “brothers, brothers”.

This is Cheb Khaled’s first visit to the city of Asilah despite owning a house in the Moroccan city of Marrakesh. The “King of Rai”, who was previously granted Moroccan citizenship by King Mohammed VI, said that he admired the city of Asilah after visiting some of its tourist and cultural attractions, and said that he would return to it later. Then Cheb Khaled went to Tangiers for a special family vacation.

For its part, the “Algeria 24” website, citing private sources, stated that the instructions issued to the Algerian media to ban Khaled’s songs were not “paper” but oral, and that the radio stations adhered to the decision immediately, especially since it was not the first time that Khaled’s songs were banned in Algeria against the background of his stances. political. 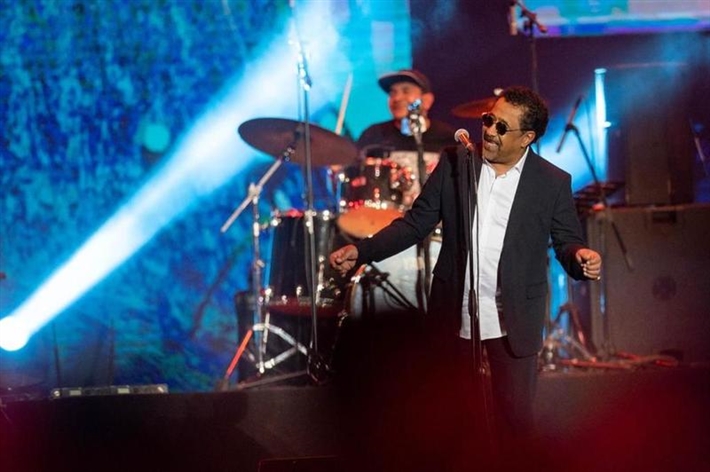 Last week, Cheb Khaled performed a large concert in Saudi Arabia as part of the activities of the Riyadh season, and this concert is his first in the Kingdom of Saudi Arabia, and witnessed a great public turnout.

Yasmine El-Khayyam from the funeral of Suhair Al-Babli: Her house is always open with the Holy Quran