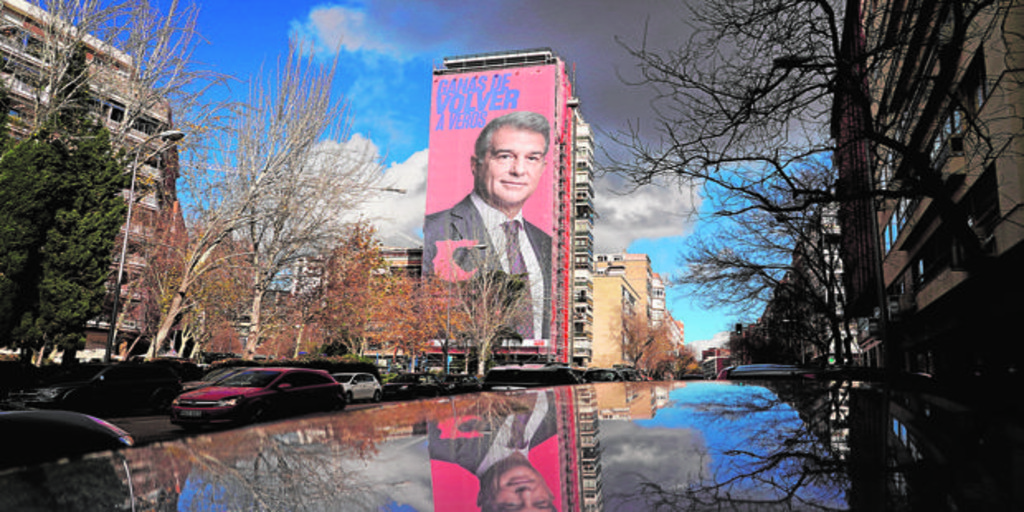 As if from a plagiarism of the film “The longest penalty in the world” In any case, the elections to the presidency of Barcelona have been delayed due to health measures that try to prevent the spread of the Covid. Not only is there no president yet, but the electoral campaign that should have lasted eight days has more than five weeks to live. Too long, with polls that affect the candidates’ strategy and the need to keep appearing in the media so as not to lose the popularity ratio.

Joan Laporta, Víctor Font and Toni Freixa, who aspired to sit last Sunday in the chair that Bartomeu had occupied, hold periodic meetings, called by Carles Tusquets, president of the management committee, with the intention of setting the direction of the entity until the 7 of March, date on which the elections will be held. One of Tusquets’ obsessions is to strengthen the squad, something for which it is not legitimized unless it has the approval of the future president, which is why there should be consensus between Laporta, Font and Freixa. Ronald Koeman’s request to shore up the defense with the arrival of Éric García It has generated a series of frictions between the three candidates, who have not hesitated to launch accusations.

Tusquets presented them with an agreement with the Manchester City so that Éric García arrived before the winter market closed in exchange for three million euros plus incentives. While Víctor Font saw this possibility well (“City would be willing not to receive these amounts until next year and the player would be willing to make a personal effort and not collect a salary until the end of the season, so the impact on Barça’s accounts would be zero”), Laporta and Freixa advocated that the central arrive for free in June. However, the controversy came after a letter sent by the former president to Tusquets asking him to limit himself to fulfilling his duties as president of the manager and to stop organizing signings.

«Any act of the management committee must be aimed at guaranteeing the completion of this electoral procedure as soon as possible and, if not, their action will be likely to cause serious damage both Barcelona and the current candidates proclaimed and a negligent, obstructionist and fraudulent action would be evidenced and against the interests of the club, the management committee being exclusively responsible for them, whom we would make directly and jointly responsible of the economic results of Barcelona during this period, together with whoever corresponds, “said Laporta’s letter, which received a quick response from Tusquets, who asked him to put the interests of the club ahead of his own, while branded Laporta’s words from “Unfair and inconsiderate threats”.

With the wick lit, Toni Freixa took the opportunity to wear down the image of Laporta, which the polls that have come to light give him as the outstanding winner in the elections. «I do not understand the letter with threats. This attitude is a flagrant disloyalty towards the club. I tell them not to feel threatened, not to be afraid. The partner does not deserve this show, “explained the lawyer, who would agree to tie Éric García to arrive in June, paying a maximum of 1.5 million euros, the same as City paid Barça for training rights. «Everything responds to a strategy of wanting to storm the club, if necessary without voting. It is the framework of a strategy that we are living. All of this is to wear down the club. We ask for respect, “added Freixa, questioning Laporta’s pressure to hold the elections at all costs in a pandemic and without guarantees. The signing of Éric García has not yet been ruled out. Yesterday a meeting that the manager had scheduled was suspended and postponed until Monday, the day on which the winter window for this season closes.