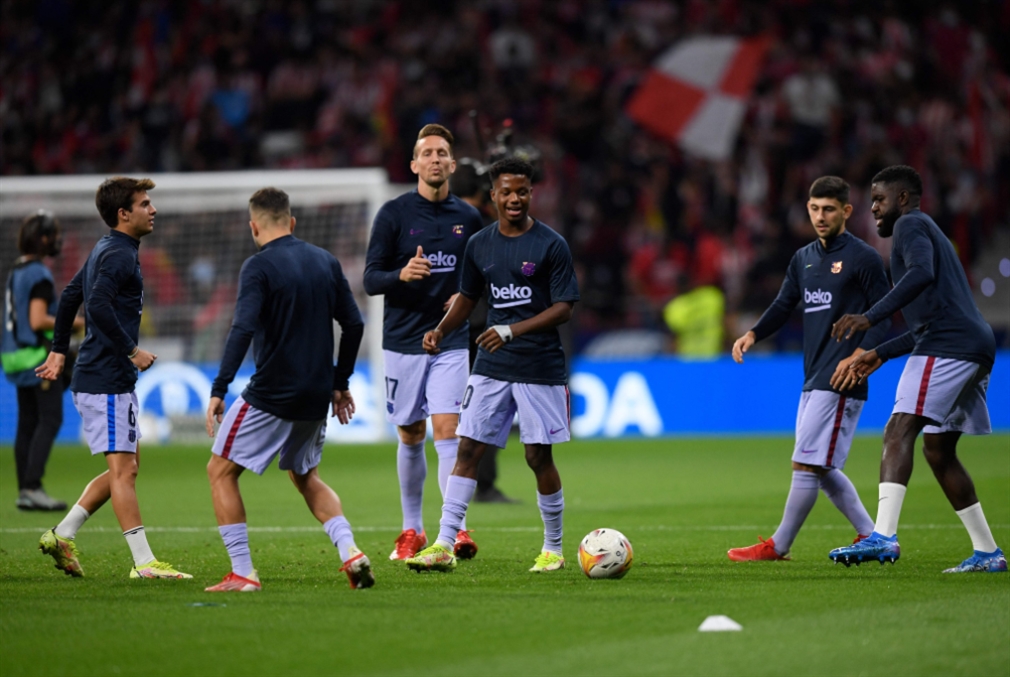 The Spanish team Barcelona will be able to legalize the doors of its stadium, Camp Nou, with its full capacity, in the league matches and the Champions League competition, starting next week, after the Catalan authorities yesterday eased the restrictions imposed on the fans due to the Corona pandemic.

“From Friday, the vast majority of crowd restrictions will cease,” Catalan regional president Pere Aragones told a press conference. “We will return to our full capacity at 100 percent in cultural spaces and open sports facilities, and in bars and restaurants,” after the limit was 60 percent, he added.
On the other hand, Barcelona announced on its website, “Camp Nou has returned to its full capacity.” He added, “After a year and a half without matches, then matches in an empty stadium, then matches with strict restrictions, it is finally time for Barcelona’s stadium to be filled to its full capacity again.”
The decision comes at the right time for struggling Barcelona, ​​which will play three matches in eight days at its 99,000-capacity Camp Nou.
The first match will be in his home with a full audience, next Sunday, against Valencia, who occupies eighth place, ahead of Barcelona, ​​ninth, by goal difference in the “La Liga” arrangement.
Next Wednesday, Barcelona will host Ukraine’s Dynamo Kiev, in an important match in the Champions League, where Barcelona is bottom of its group with zero points from two rounds.

Real Madrid, the leaders of the Spanish league, will also visit the Camp Nou on October 24, to play the first Clasico of the season.
Barcelona President Joan Laporta had lobbied for the restrictions to be lifted, and said on September 29, “I would be grateful if they would try again, because it hurts us economically,” after the Spanish central government lifted its restrictions on attendance at stadiums, while Catalonia and the Basque Country kept on her. This measure also comes at a time when the number of Covid-19 infections has fallen to its lowest level in Spain, since July 2020.
But the news of the return of the good Barcelona fans was spoiled by the news of the injury of Uruguayan international defender Ronald Araujo with a tear in the hamstring of his right leg, which he suffered during his team’s match against Argentina in the South American qualifiers for the World Cup Qatar 2022, as announced by the Catalan club on Tuesday. “The tests carried out on Barcelona player Ronald Araujo showed that he had a muscle tear in the hamstring of his right thigh in the match against Argentina. The Uruguayan defender will return to Barcelona to continue treatment,” Barcelona said in a statement.
Barcelona did not reveal the period of Araujo’s absence, but there is doubt about his participation in the Clasico match against Real Madrid, scheduled for the 24th of this month.