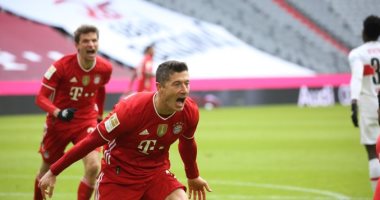 Press reports revealed that Barcelona is close to signing Polish striker Robert LewandowskiAfter intense negotiations over the past weeks with his club Bayern Munich.

And the journalist of the Spanish program “Alchiringito”, Jose Alvarez, confirmed that the agreement between the Barcelona and Bayern administration regarding the transfer of Lewandowski will be finalized within, perhaps, a few hours, specifically before the 12th of July.

Bayern had rejected a second offer from Barcelona to obtain the services of Lewandowski, who has a season remaining in the Bayern ranks, worth 40 million euros, in addition to another 5 million as variables, as he insisted on obtaining 50 million euros in exchange for dispensing with the international striker, the 33-year-old. .

Barcelona had earlier made two offers to sign Lewandowski from Bayern Munich, but the Bavarian giant refused due to the poor financial compensation.

Bayern signed Senegalese striker Sadio Mane from Liverpool for 32 million euros, up to 41 million in variables, knowing that he also had a year left with the Reds.

And the newspaper “Bild” said that Bayern would not accept an amount of less than 50 million euros, to dispense with the best players in the world remaining in his one-year contract.

And the newspaper stressed that Lewandowski will not stand silent in front of Bayern’s refusal to move to the Camp Nou, by taking a strict reaction.

An incident that shook Egypt.. A teenager had sex with his uncle’s wife until she gave birth to him, and when the husband discovered the incident, it was the end and it was not taken into account!!