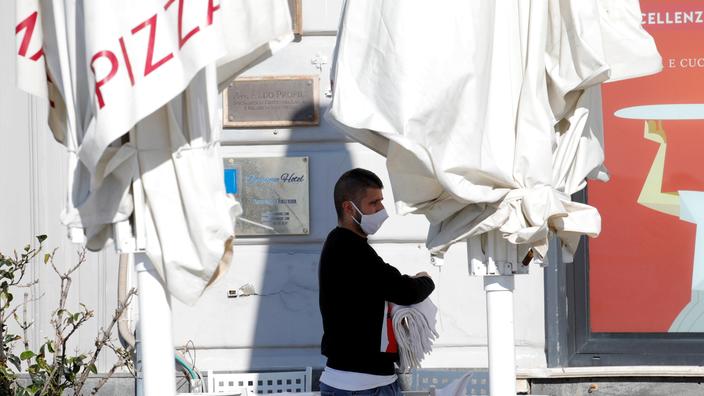 Almost the whole of the country is deconfigured from Monday, despite warnings from health experts.

A breath of fresh air for Italy. While the contagion index has experienced a downward trend in recent weeks, the Ministry of Health has indicated that the whole country will pass this Monday in “yellow” level. Bars and restaurants will be able to reopen their doors during the day and can accommodate up to 4 people per table. Museums and exhibitions will also reopen Monday through Friday, as well as shops and hair salons.

Only four regions, Puglia, Sardinia, Umbria and Sicily, remain in “orange” while waiting for a better evolution of the virus. For the others, travel between municipalities will now be authorized, but travel between regions remains prohibited. In addition, the entire peninsula remains affected by a nighttime curfew, forcing table service in bars and restaurants to end at 6 p.m.

«Trop early to relax“According to the WHO

This easing represents a hiatus with the general trend of other European countries, which on the contrary are implementing more severe restrictions. The World Health Organization (WHO) warned on Thursday that it was “too early to relax»Traffic restrictions«still very highOf the virus. “Italy is against the tide“, Confirmed Walter Ricciardi, a public health expert who advises the Italian Ministry of Health on the pandemic. “Currently it is extremely difficult to propose more severe measures due to resistance from politicians and public opinion», He explains.

Italy, the first European country hard hit by the first wave of the coronavirus, has recorded more than 87,000 deaths since the start of the pandemic, and the third largest economy in the euro area has plunged into its worst recession since World War II. Italian leaders are currently monopolized by the political crisis caused by the resignation on Tuesday of Prime Minister Giuseppe Conte, who handles current affairs while waiting for the President of the Republic Sergio Mattarella to announce his decision on the next step: to rename Giuseppe Conte, to appoint a new head of government or call for early elections. “We are at war (…) and if we had to make a comparison with the Second World War, we would not be in 1945, but in 1941“, Estimated Walter Ricciardi, for whom victory is still far away. “If we do not have a government with full powers (…) it is clear that the situation is likely to become even more serious», He adds.