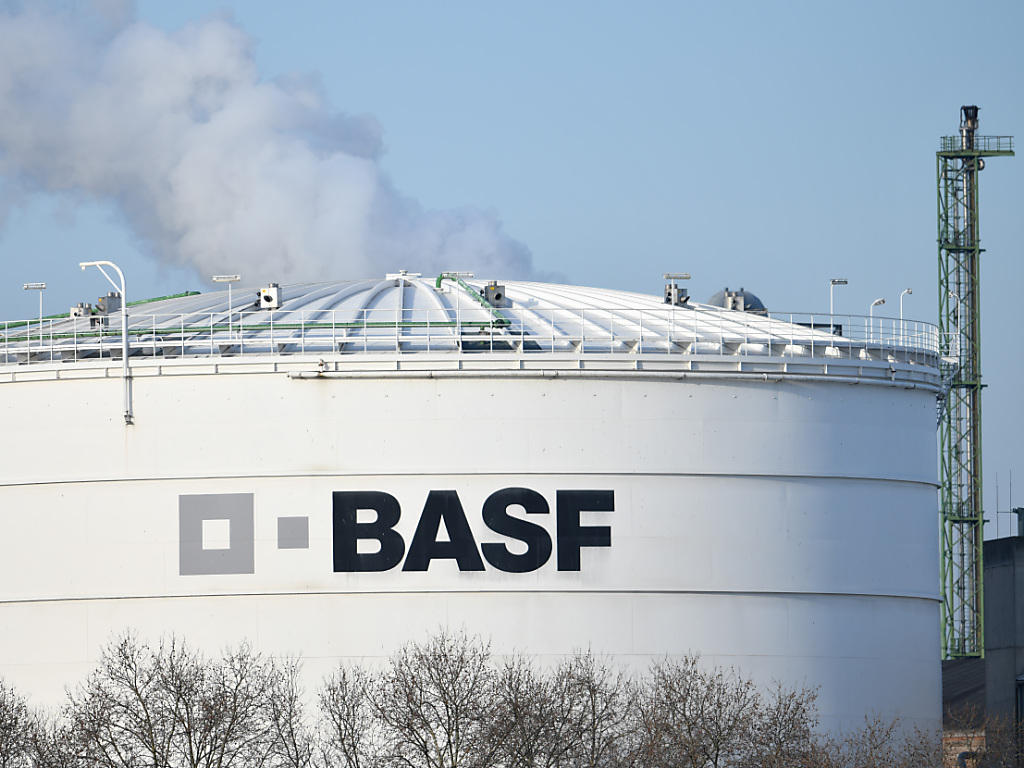 German chemical company BASF reported sharply lower profits in the first quarter of 2022 on Friday, weighed down by the war in Ukraine and the abandonment of the Nord Stream 2 gas pipeline project, despite solid operating results, driven by higher demand and prices. students.

The company generated a net profit of 1.2 billion euros between January and March (barely more in francs), down 28.9% over one year, due to ‘the war in Ukraine and its political consequences,” BASF said in a statement.

It is in particular its energy subsidiary Wintershall DEA, which specializes in gas, which suffered from the consequences of the conflict.

This division experienced a heavy depreciation of 1.1 billion euros at the beginning of the year, due to the abandonment, due to the invasion of Ukraine, of the German-Russian gas pipeline project Nord Stream 2, which she had helped finance.

Wintershall DEA, which specializes in gas and oil, has also suffered the consequences of the sanctions war, as the subsidiary has many ‘assets in Russia’.

The conflict also caused “a significant rise in energy and raw material prices”, already high due to the effects of the Covid-19 pandemic, which weighed on the profits of the whole group.

Despite these headwinds, the company delivered strong operating profit (EBIT) in the first quarter, up 21.4% year-on-year to 2.8 billion euros.

“We have had a very good start to 2022,” said Martin Brudermüller, Chairman of the Board of Directors of BASF, in a press release.

This is due in particular to stronger demand in the chemicals division, which saw its operating profit jump by 46.5%.

This branch is also benefiting from a ‘rise in prices’, linked to the current shortages on the world markets.

The agrochemicals division is experiencing a 7.6% growth in operating profit.

For 2022, the company maintains its forecast, despite “a macroeconomic environment marked by heavy uncertainty”.

Steam Deck: you do anything with your console and Valve says so