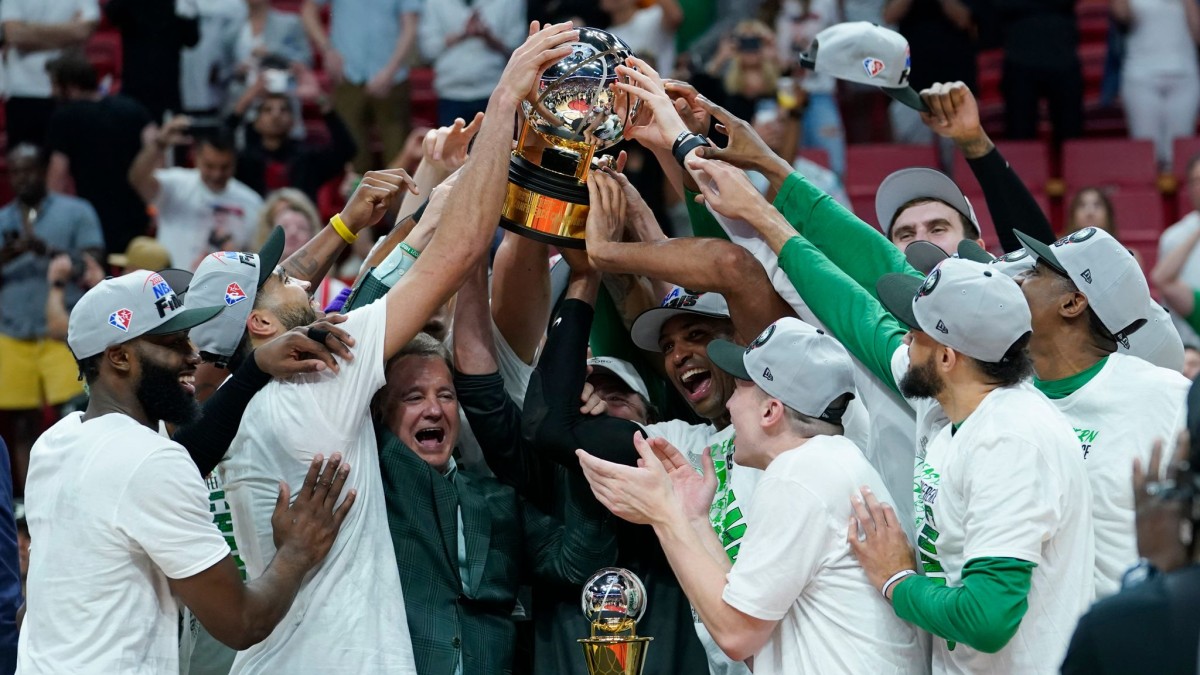 Miami (AP) – The Boston Celtics with German basketball professional Daniel Theis are in the final of the NBA playoffs. The Celtics won the crucial seventh game of their semi-final series against the Miami Heat 100-96 (55-49).

In the final, Boston, who reached the NBA finals for the first time since 2010, meets the Golden State Warriors around superstar Stephen Curry.

Led by their offensive trio of Jayson Tatum (26 points), Jaylen Brown and Marcus Smart (24 points each), the Celtics led the entire game by up to 17 points. With an 11:0 run, the Heat reduced the gap to two points shortly before the end. Star player Jimmy Butler, the best pitcher of the game with 35 points, then missed the possible first lead of the heat from the line of three with 16 seconds to go. Brown hit the rebound and after two Smart free throws were converted, the Celtics took the lead over time. Theis, who has played a supporting role in the playoffs so far, was not used.

The Celtics now have the chance to become the sole record holder in the NBA again. They are currently tied with the Los Angeles Lakers with 17 championships won. The Warriors, who last won three titles between 2015 and 2018, are again tied for third place with six championships.

The first final game of the best-of-seven series takes place in the night from Thursday to Friday (3:00 a.m.).

Plastic should go into the national emergency stockpile