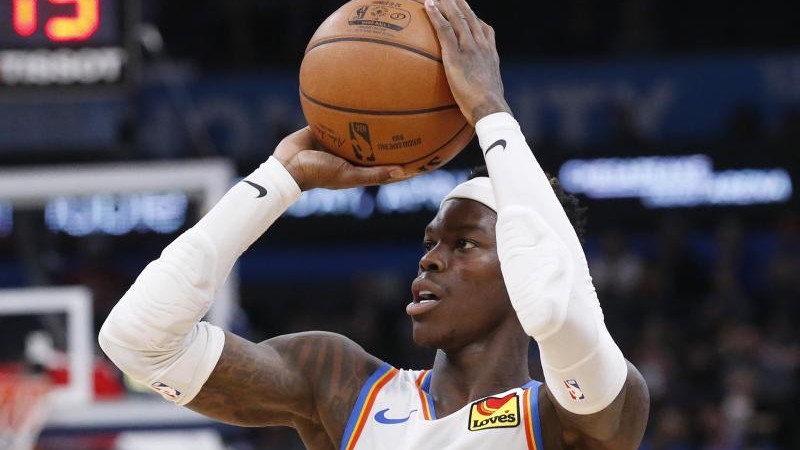 The defending champion announced the transfer, which had been expected since the beginning of the week, after the end of the draft. “Welcome to Los Angeles, Dennis Schröder,” tweeted the glamor club of the world’s strongest basketball league. The 27-year-old comes from the Oklahoma City Thunder, who in return secured the transfer rights to Danny Green from the Lakers and access to selection rights in position 28 of talent allocation. Jaden McDaniels, chosen by the Lakers, will therefore play for the team from Oklahoma, for which Schröder has played for the past two years.

The Lakers were interested in the German top player even before last season. The fact that he recently gave the impression that he didn’t want to leave Thunder at all does not matter because of the laws in US sports – if two clubs agree, players have to change jerseys. Few professionals have clauses in their contracts that exclude this. “Yes, I have received offers”, Schröder said just a few days ago in the Magenta Sport “Basketball Department” podcast about inquiries from the past. “But I never wanted to go to the Lakers, the Clippers, or all the names that called my agent.”

For the 27-year-old, who is highly respected in the NBA, it is the third club since his debut for the Atlanta Hawks in 2013. After five years in Georgia, he joined the Thunder and was no longer a starting player, but learned a lot from Chris Paul and improved his Values ​​in all areas. In Oklahoma, Schröder, who has been the sole owner of Bundesliga club Löwen Braunschweig since this season, still had a contract until 2021 that guaranteed him a salary of 15 million US dollars (around 12.7 million euros). The Lakers take care of that and, according to reports, want to offer him a big new contract afterwards.

With the Lakers, the father of two has a good chance of winning the most coveted basketball trophy as the second German after Dirk Nowitzki with the Dallas Mavericks 2011 In addition to James, center Anthony Davis is one of the big names in the North American league. With Schröder, the team of coach Frank Vogel should become even stronger and the squad even deeper.

In return, the Thunder took the opportunity to carry out extensive modifications to their squad. Danny Green transferred them directly to the Philadelphia 76ers on Wednesday and got three players in return. Leader Chris Paul has also given up the team, Paul will play for the Phoenix Suns in the future.