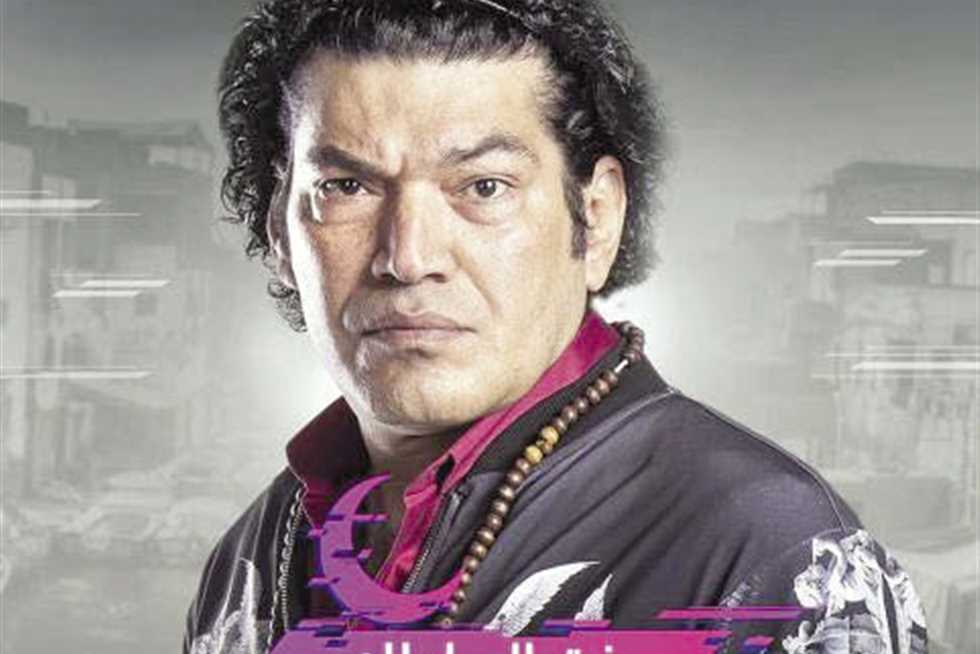 The artist, Bassem Samra, was considered the true hero of the series “Bint Al Sultan”, despite its promotion and presentation on behalf of the artist Rogina, and said that he agreed to share the work to support her in her first experiences for the tournament, indicating that he is an actor who “sheds” his scenes according to his description, even if he will appear in one scene with work. , Stressing that the actor is his power with the power of his influence and not the number of his scenes, and “Samra” talked to “Al-Masry Al-Youm” about the character of Hammoud Al-Iskandarani that he presents in the series, and confined him to popular roles recently, and his relationship with social media, which amplified his recent disagreement with the artist, Rehab El-Gamal, according to his description, as well. He revealed his new works, and about his recent honor from the Alexandria Film Festival, as well as the text of the dialogue:

■ What about the series “Bint Al Sultan” and how do you find reactions to it after it is shown?

– Very happy with the reactions to the series, since “Al-Dawli” series, I have not worked on a television drama, and I am happy to present the series and the whole story takes place in Alexandria, with the talented and beautiful Rogina..

■ Why did you accept the series “Bint Al Sultan”, which is starring Rogina? Does this make any difference with you that you return to a second round after you presented tournaments bearing your name during the last period?

– It is not true, because I am no longer for the second round, but the series is a group tournament, and I am the hero of “the daughter of the Sultan”, and I have nothing to do with what is written, so what belongs to me and not to “Rogina” only. I am in the most influential work. And I may participate in one scene in a certain work, but my appearance achieves great reactions, and this happened in the movie “Rizk Sons” and before it “Bebo and Bashir” and before it “Al-Jazeera”. Is there the top of the parchment? But everyone remembers my effect and my role.

■ How to be the first hero of the series “Bint Al Sultan”, with the name “Rogina” tops the Tatars … just as her image is also the top spot?

– Just a formalities that do not interest me, and I do not take them into account, I do not care how I write my name on the tartar or put my picture on the coffin, what is important for me is that I play an influential role, interacting with the audience, and as for the issue of our promoter the series, it is something that makes me very happy, and when I was shown the series, I welcomed I strongly stand in her back and support her, and support her in her first tournament, and frankly, I did not want to enter into a discussion with her whether she is the heroine or me, and I will not make a problem with the cache.

■ Why during the last period were you restricted to popular roles, the last of which was Hamouda in “Bint Al Sultan”?

– I think that the topic is easy. When I succeeded in a high level role in the film “Al Jazeera”, then 10 films came to me at the time, and everyone thought that I was basically my level. Everyone wants to play in the content, and after my success in the division and the people, all offered to me became the same role, but no one He has the ambition to try me in a different work. I presented the romance with Laila Alawi in the movie “Girl of the Night” and with Menna Shalaby the Tabakh in the movie “Water, Greenery and the Good Face”. I also presented a difference with Nelly Karim in the series “That”. When the opportunity comes to me, I present it , But I’m not the producer.

■ Your choices in drama are successful and you have presented many distinctive roles, but this success has not been significantly reflected in the cinema .. What is the reason?

– Cinema is currently going through a difficult transition phase, at this time there are no films that generate revenues and the reasons are known and clear. Corona has closed the doors of cinema and the production is declining because of it. I am classified as a young actor. You find that I presented the film «Children of Rizk» and in which all the stars of Egypt are present, but after I presented the scenes from who «straw “He got the best actor? It’s me, in only two scenes at work.

■ Do you find that excluding you and not nominating you in big business is a conspiracy or fear of you, or in other words, talent? And you also mentioned in an interview that you are asking Mohamed Ramadan for a acting debate?

– I still say it to Muhammad Ramadan, and I say to any representative in Egypt, the Almighty, we act together, so that everyone knows my talent.

■ Why did you apologize for the series “Musa” by Muhammad Ramadan?

– I did not apologize because it was not originally shown on the series. Rather, all that was said were rumors and had no basis in truth, and I did not receive any paper for the series, but rather propaganda..

■ From your words, do you find that the big actors are afraid of Basim being next to them?

– Not afraid. Who said fear ?! They are supposed to “love me”, I do not like the word fear, because if the actor nominated me, I would not work, because he is supposed to nominate me as the director.

■ During the last period, I presented a number of works that are said to be elite works or festivals … What is the reason?

– I do not choose, but the paper or the director is the one who chooses me in the role, and I am nominated, and when I like or attract me to the work, I agree or reject, for example, there are no 10 films, and I go to festivals films, or the series or whatever the choice but what is presented, and success, whether commercially or going to a festival And winning the prizes, whatever the festival is Berlin, it is, in the end, success belongs to our Lord.

■ How do you feel honored at the Alexandria Short Film Festival recently, days before Ramadan?

– Very happy with the honor, especially that it came from a short fictional films festival, which I am very proud to be a partner in and in presenting at the beginning of my life, and I always interact with young people who have ambitions, dreams and semi-artistic beginnings, and thanks for their honor and happy with the support of the Ministry of Culture for the youth in charge of the festival, and the support of the producer, Mohamed El Adl Khaled Abdel Jalil, advisor to the Minister of Culture, and I found great interest, as this honor was not the first for the entirety of my work, as I am the most representative in Egypt who won local and international awards, but here because it is related to youth and dreams, I felt that my presence is useful and I told young directors that I am ready to share with them their short fictional films. No cost and no pay from me, and this is not my propaganda, but rather a clear truth.

■ We always find your interest in young people and their participation in their work, whether directors or others, what is the reason? Is this some kind of return?

– Of course, because at the beginning I received support from the director Yusra Nasrallah, which is the main reason for what I reached now, and he is my teacher and I cherish him so much that I became Basem Samra, as he is my teacher and my knowledge of him began through the international films of Egypt, Youssef Shaheen..

■ What does the competition represent to you in the month of Ramadan?

– The audience interests me in the first place, because I do not care about competition and do not concern me as much as I care about the people’s admiration, and when they watch me say “God enlightens”, I do not know about social media and war pages and trends, and I always bet on my talent and I do not have a glee that I am number one or number 6, I suffered and grieved and worked at the beginning of my life, and I worked on myself and proud of myself, and what I had reached became all that matters to me only my work without thinking of something else.

■ Do you find that your disinterest in the social media audience is correct?

– I really do not know otherwise because I was brought up in a different school, but I could do that and take an interest in social media because I am not against it, but there are people who impersonate me and eat a living at my expense, but I «Come this role» after the series «Bint Al Sultan».

■ You have a movie, “Today, a new day” that discusses a women’s issue … what is the reason for your submission and approval of it?

– He was shown as a bank manager in middle age and the oldest of her crisis and suffering among men, and the date of its launch has not yet been set. It is directed by Nevin Shalaby for the novel “Bad Grooms.”».

■ You talk a lot about freedom for the artist, so does this matter concern you?

– Freedom for the artist is his life and without it he will be a monster, he must be free so that he knows, crosses and examines all the problems in the country in a way in which there is greater freedom. There are many cruel things that we do not know presented for many reasons and data, so we find censorship standing on the word.

■ Has the name Bassem Samra become more frequent in the news of problems than its technical news?

– Unfortunately, there are people who have become wealthy behind this story on social media and others, because I am a well-known person who wanted to throw a scourge on me. What should I do, or one, then we go to the captain and he solves the matter, and as for someone who wants to become famous, he comes and clashes with me..

■ The meaning of your words Do you find that your problem with Rehab Al-Jamal is that you were wronged?

– I complained very, very much about the last problem and I swear to God to the utmost, but the issue was ended by Captain Ashraf Zaki, and after that I remained silent, because if I choked he would be with a man and not with six.


See Also:  Cusco FC vs. Sport Huancayo (0-1): see goal, summary and best plays of the match at the Monumental for League 1 in Peru | VIDEO | FOOTBALL-PERUVIAN