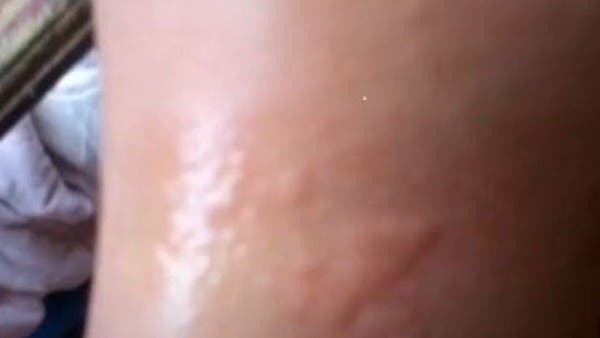 Since the outbreak of the new Corona virus appears in Wuhan city In central China, in December of 2019, scientists unsuccessfully try to solve the mystery about the origin of the disease.

Amidst all the ongoing investigations and the major accusations that were leveled against them, even certain countries, he did not appear Official confirmation until today About the birthplace of the epidemic effectively lay the blame on a particular party.

As for what is new today, it is an old confession by scientists from the Wuhan Virology Laboratory, The first accused of spreading the disease, that they were actually bitten by bats during the studies, which brings back to memory the first analyzes of the origin of Corona and points the finger again at that animal, and that place.

In the details, television footage, reported by the Chinese newspaper, “Taiwan News” for the first time, showed researchers at the Wuhan Institute of Virology (WIV), in which they admitted that they had used protective masks, gloves and other personal protective equipment while dealing with bats.

Reports also confirmed that researchers in the laboratory were bitten, and blood splattered from them because of the bats without protection.

It is worth noting that this video was first broadcast in China on December 29, 2017, nearly two years before the emergence of Corona, but it draws attention to what usually happens in the laboratory.

Virologist Cui Jie, who works in one of the laboratory departments, recounted how a bat’s fangs once entered through her glove and bit her hand, describing this as “a feeling like being stabbed with a needle.” him while searching.

The newspaper report also indicated that a scientist appeared in the video handling samples of bats with bare hands, without protective methods, pointing out that the team members had received a rabies vaccine because of this.

These statements prompted the American media, Kayleigh McEnany, to comment in an interview with the American “Fox News” network, stressing that the confessions contained in the video are evidence of the virus leaking from the laboratory, but the media in China chose to ignore them, as she put it.

It also indicated that some parties are still unable to acknowledge that the theory of virus leakage from the laboratory is possible, despite the reliable evidence that was previously collected.

It is noteworthy that the hypothesis of the virus leaking from a Chinese laboratory was strongly back to the fore in recent days in the United States, prompting US President Joe Biden to call on the US intelligence services to prepare a report within 90 days on the origin of the Covid 19 epidemic caused by the Corona virus.

Biden’s latest focus has encouraged Facebook to back off its ban on stories linking the lab to the outbreak.

A researcher explains how a bat bit him

On the other hand, Beijing responded, accusing Washington of spreading “conspiracy” theories about the origin of the COVID-19 epidemic, considering “the politicization of the origin of COVID-19” as an obstacle to investigations.

Beijing has long vehemently rejected the theory that COVID-19 could have leaked from one of its laboratories, particularly the Wuhan Institute of Virology, which was indicted by the previous Donald Trump administration.