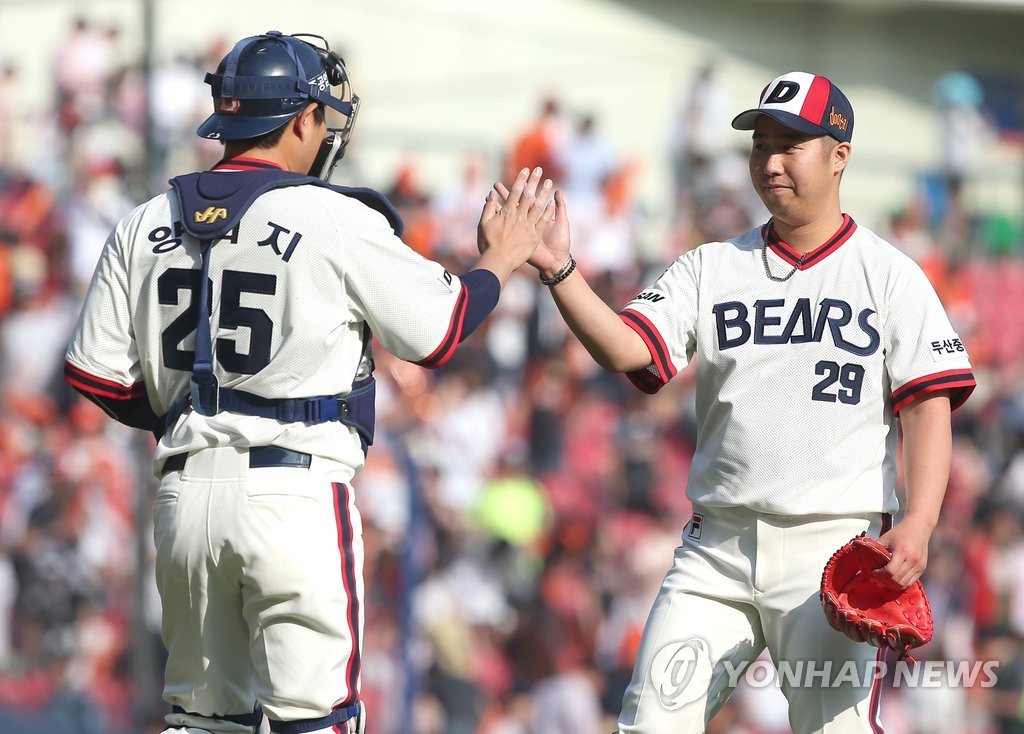 Yoo Hee-kwan retired from active duty on the 18th… Yu Hee-kwan’s catcher with the most balls: Yang Eui-ji

(Seoul = Yonhap News) Reporter Han Nam-jik = The catcher who received the most balls from Yoo Hee-kwan (36), the ‘slow aesthetic’ who announced his retirement, was Yang Eui-ji (35, NC Dinos).

Although he has been playing for NC since 2020, Yang Eui-ji started his professional career with the Doosan Bears in 2006, and played as a regular catcher for Doosan during the 2010-2019 season.

He joined Doosan in 2009 and had a very special relationship with Yoo Hee-kwan, who played only at Doosan until the 18th, when he announced his retirement.

In a phone call with Yonhap News on the 18th, Yang Eui-ji said, “(Yoo) Hee-kwan received a lot of balls. Although he did not express it outwardly, he always thought of Hee-kwan as ‘a great pitcher’.”

Jang Ho-yeon (109 wins) is the only pitcher with more wins than Yoo Hee-kwan wearing a Doosan uniform.

Hee-kwan Yoo was aiming for ‘Doosan’s first 110 wins record’, but retired with 9 wins left. However, he won the title of ‘Most Wins from Doosan Left-Handed’.

In addition, he set a record of double-digit wins for eight consecutive years, the fourth in KBO league history.

Yang Eui-ji said, “It’s a pity that Yoo Hee-kwan couldn’t surpass Jang Ho-yeon’s record, but the record for most wins in the Doosan left-handed was a huge achievement.

Hee-kwan Yoo showed off the mound how to survive in a pro with a slow fastball.

He continued, “Hee-kwan’s ball had something more than restraint. He threw a fastball and a sinker accurately, and he made a change in the perceived speed by adjusting the slow ball ‘slower, a little faster’.” A pitcher who can be a role model,” he added.

Yang Eui-ji called on the 18th when the news of Yoo Hee-kwan’s retirement was announced and said, “I suffered a lot. It’s a pity that I retired too early.”

Soon, he uploaded a picture of him running with Yoo Hee-kwan on his social network service (SNS) and wrote, “Hee-kwan hyung, you worked hard. I will never forget the moment we had together. Thank you.”

Yoo Hee-kwan also replied, “I will never forget you for the rest of my life. During that time, I was happy because of you.”

Yang Eui-ji said, “Hee-gwan was a really special pitcher. I was happy to be able to receive Hee-kwan’s ball,” said Yang Eui-ji, giving a warm farewell to the ‘slow ball pitcher’ who was leaving the mound.

6 warning signs of norovirus infection.. These are the treatment methods