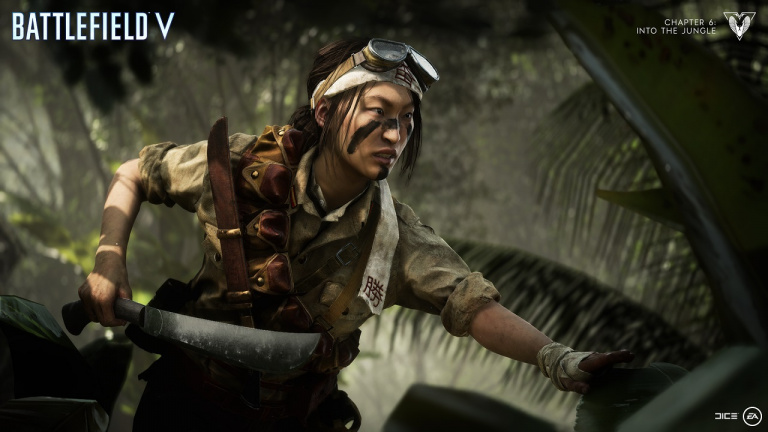 No rest for the soldiers! In less than a week, the heroes of Battlefield V will be sent to the Solomon Islands with the arrival of Chapter 6 named In the Jungle.

The next chapter of the War Trails campaign will therefore arrive on Next february 6 and will offer players the opportunity to explore the rugged terrain of the Solomon Islands jungle. These islands, designed for close combat, offer varied environments, are full of hidden bunkers, are crossed by rivers and offer marshes for camouflage.

This new card will also be accompanied by three new weapons, the type 11 FM, the Model 37 shotgun and the M2 rifle, and two new gadgets, the M1A1 bazooka and the lunge mine. Three new elite type characters are also appearing like Steve Fisher, the intrepid pilot, Akira Sakamoto, the accomplished pilot and Misaki Yamashir, the highly qualified assault specialist. This can only be unlocked by completing Chapter 6.

Obviously, In the Jungle of Battlefield V, there will be plenty of rewards to unlock throughout the chapter’s activity period via weekly challenges like Chapter EXP and new customization items.

Battlefield V walks in the jungle

See Also:  They report that Apple could be developing an iPhone with a folding screen