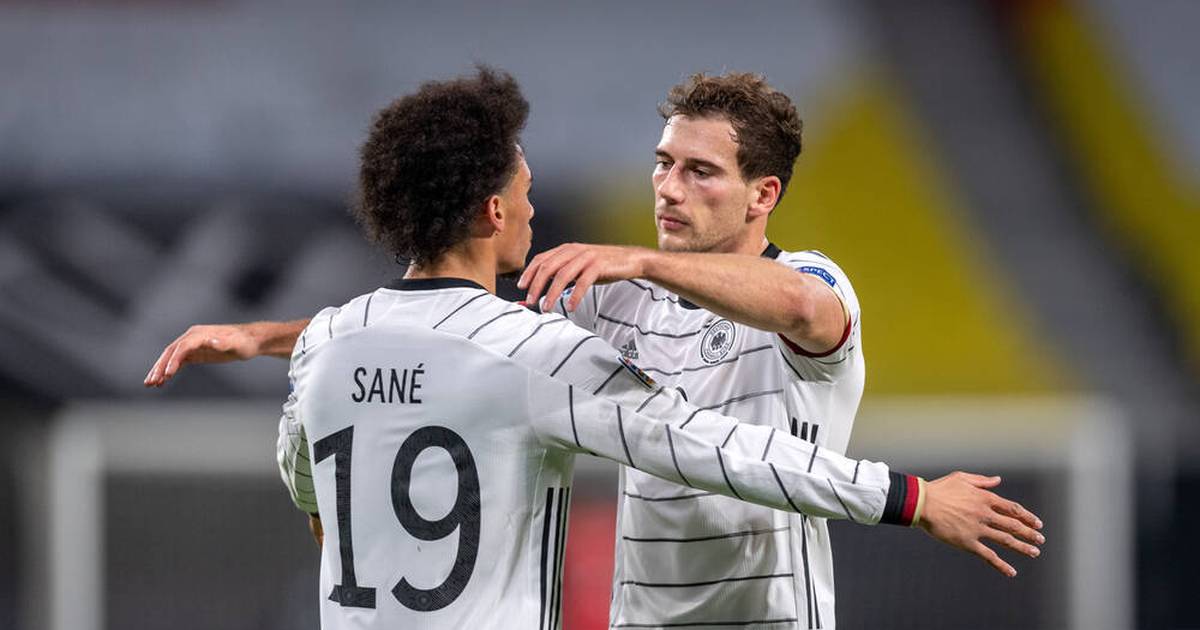 “Germany didn’t have much more to offer than the national anthem before the start of the game,” wrote the sports newspaper As and pushed after what had probably caused the greatest astonishment: “… and that with five Bayern players”.

With the exception of Leroy Sané, the rest of the FCB squad (Manuel Neuer, Niklas Süle, Leon Goretzka, Serge Gnabry) were in the final of the Champions League just a few months ago and brought the handle pot with them to Munich.

On this memorable evening in Seville, the Bavarian title hamsters went under with their colleagues.

With a view to the future, which will continue to be shaped by Joachim Löw despite the debacle, it is still clear: The Bayern axis is Löw’s greatest hope. His last trump card is leather pants!

The future as a leader belongs to Kimmich

On the one hand there is the fact that in Joshua Kimmich the player was absent due to an injury (surgery on the outer meniscus), the strategist and fanatic in one person.

“I think yesterday it was clear to see that Joshua Kimmich is the real and right leader of this team. And that doesn’t mean Toni Kroos”, posed SPORT1-Expert Stefan Effenberg clear on Wednesday evening.

Integrating verbally into the game is part of it for Kimmich. The 25-year-old pushes himself by not putting up with anything, defending himself in one-on-one fights, discussing with the referee if necessary, or even handing out a reproach to his teammates.

All things, for example Bastian Schweinsteiger as ARD-Expert so missed – and which are also elementary for Robin Gosens, who was also injured against Spain.

Gosens: Bayern stars have to teach us how to win

“It’s part of being dirty, unpacking a scythe or committing a foul. These things can show the other team: ‘You can kid us to a certain extent, but it’s over now.'”, Explained the left-back recently in SPORT1-Interview.

From the point of view of the Italian legionnaire from Atalanta Bergamo, when it comes to the question of victory or defeat, much comes to a head with the term mentality. Will to win, which he was exemplified in training by the FCB players in a previously unknown manner.

“‘Do you know what I think is so crazy? When these guys are on the pitch, you can tell their absolute winning mentality,'” he told his girlfriend after a DFB training session.

For the 26-year-old one thing is clear: “The Bayern players are extremely important for our team because they can set an example for us to win and lead us with it.”

Bavaria fully there in crucial moments

Although the FCB connection dived against Spain, the time of the Flick Bayern is still to come. It doesn’t start in autumn or winter, but when it comes to the big titles.

Until then, firmly planned supports such as Niklas Süle or Leroy Sané can continue to work after their injuries to achieve 100 percent of their performance again.

The Munich team recently won five trophies within a few months. At the final tournament in Lisbon, challenges had to be overcome similar to those of an EM tournament.

To avoid a camp frenzy for a long time and to keep the mood high, to be there in knockout games – and unconditional cohesion between the players, the coaching team and all those responsible.

All of this will be essential for the national team if the minimum goal of the semi-finals at the EM is really to be achieved.

If the Bavaria axis works in the coming summer, Germany will certainly have much more to offer than just the national anthem.