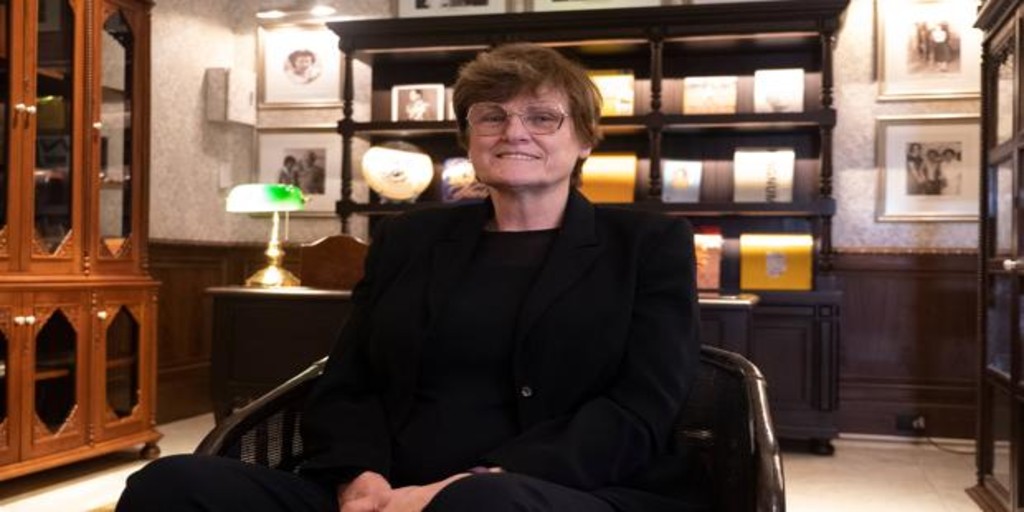 Katalin Karikó, Robert Langer y Drew Weissman are the winners of the fourteenth edition of the BBVA Foundation Frontiers of Knowledge Award in Biology and Biomedicine “for their contributions to messenger RNA therapies (mRNA) and to the transfer technology that allows our own cells to produce proteins for the prevention and treatment of diseases”, states the minutes of the jury.

The most outstanding application derived so far from the work of the laureates is “the timely and rapid development of vaccines against SARS-CoV-2”, which have been shown to provide “effective protection against severe Covid-19”. The jury highlights that the vaccines that are slowing down the pandemic are only the beginning of a technology “called to be extended to other therapeutic areas, such as autoimmune diseases, cancer, neurodegenerative disorders, enzyme deficiencies and other viral infections,” says the minutes.

“This award recognizes the creators of the two technologies that, together, have not only made vaccines against Covid-19 possible, but also open up a whole range of therapeutic possibilities in very diverse areas for the future. Vaccines have been the first example of the potential of the union of these two technologies, but research is already underway and there are clinical trials on their use against other diseases”, explains Óscar Marín, director of the Center for Neurodevelopmental Disorders at King’s College London ( United Kingdom) and secretary of the jury.

Karikó and Weissman, a biochemist and immunologist respectively, and Langer, a chemical engineer, are the authors of crucial advances in the chain of scientific discoveries that have made the so-called messenger RNA therapies, a technology that makes them the body’s own cells that produce molecules with therapeutic capacity.

In chronological order, the first contribution is that of Langer, professor at the Massachusetts Institute of Technology (MIT, USA). In the seventies of the last century, Langer published in the journal Nature the first work that showed that it was possible to encapsulate nucleic acid molecules – such as RNA, short for ribonucleic acid – in nanoparticles, and transfer them inside the body. Thus, it opened the door to “packaging therapeutic macromolecules, including mRNA, in such a way that they can be transferred to cells, and that the cellular translation machinery itself synthesizes the protein/antigen,” explains the jury’s minutes.

The contribution of Karikó and Weissman, both professors at the University of Pennsylvania (USA), arrived well into the new century. As stated in the minutes, “together they developed methods of modifying the mRNA to prevent its destruction by the human immune system”, once introduced into the body. It was a key breakthrough.

«Karikó and Weissman discovered how to modify mRNA molecules to make them capable of being used as a therapeutic agent, and Langer devised the safe vehicle, the encapsulation technology that allows the mRNA to be introduced into the body”, explains Oscar Marín. “The two advances are essential.”

“For 40 years, not only did I not receive any awards, but I did not receive any financial support for my research, so this recognition is a great honor. I want to take advantage of the fact that I am under the spotlight of the media to encourage young people to dedicate themselves to science, because it is exciting, “explained Katalin Karikó after hearing the jury’s decision.