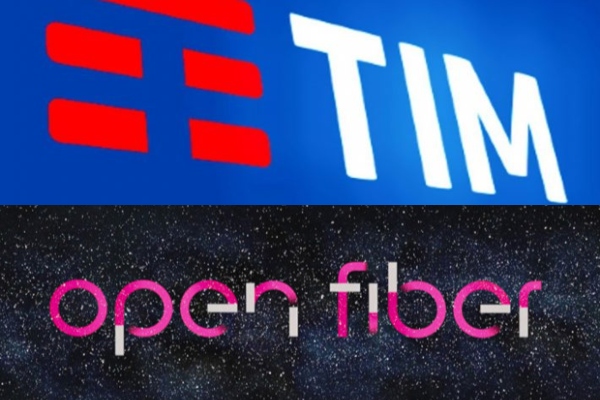 The financial implications of Tim’s Fibercop operation with Kkr. The role of Cdp. And the scenario with Open Fiber. Start Magazine conversation with Raffaele Tiscar, an expert in telecommunications and energy, former deputy secretary general with responsibility for broadband at Palazzo Chigi during the Renzi government

Raffaele Tiscar, an expert in telecommunications and energy, former deputy secretary general with responsibility for broadband at Palazzo Chigi during the Renzi government, analyzes facts and scenarios on the single network project, starting with Fibercop.

Tiscar, you have long hoped that Italy will truly implement ultra-broadband. What do you think of the project started by Tim with Fibercop as the initial nucleus of the single network? What role should the Cdp group controlled by the Mef have?

I must first say that the news leaked so far is generic and smoky, and there are still many questions that remain open, without a convincing answer. However, I seem to understand that the approach is essentially financial and not technological as it should.

I try to explain myself. We talk about a single network, but what kind of network do you have in mind? Italy needs a highly performing “future-proof” network and the only one that meets this need is the FTTH (Fiber to the home) configuration, which is the one that in Italy is building only Open Fiber, not Tim who sta instead has adopted the FTTC (Fiber to the cabinet). That of Tim, mind you, is a choice bound by the pre-existing copper network and by the one that over time has been achieved with the replacement of part of the copper pair. Constraint that Open Fiber does not have, having built its network architecture practically from scratch. Open Fiber plans to connect all of Italy with 1,100 exchanges, however, Tim covers it with 11,000 exchanges. How do you manage to reconcile two such different visions? Or, in other words, what do you intend to achieve with the single company? This is not known. And nothing else is clear.

What is the need for the project of the single society of networks? Some say to avoid duplication of networks: but, apart from Milan, where is the duplication? In which city does Tim offer FTTH Point-to-Point like the one that Open Fiber makes available to its customer operators? Or to contain the costs of building the network: but if Open Fiber reuses the electricity network from 60% to 80%, how will Tim make as many fibers as necessary for FTTH other than the G-Pon Punto pass through his ducts? – Multipoint? They are two different projects that cannot be reconciled.

So is anything done between Tim and Open Fiber?

Once these aspects have been clarified, if the disasters of the past are to be avoided, it will be necessary to provide that no vertically integrated operator has direct or indirect control of the network company, according to a simple principle of protection of competition. The ideal would be a structure based on Terna’s model, but it seems that we are quite far from this.

Tim with the CEO, Gubitosi, reiterates that the share control of Fibercop must be precisely of Tim. Why can’t the former Telecom Italia go below 50% from an accounting and financial point of view? Significant the performance of the Tim stock which last week in the wake of these news went up on the stock market …

Gubitosi has been great at making sure that as little as possible is said about the disastrous results of Tim, who has been losing customers for years. And Gubitosi is well aware that Tim cannot confer his access network (primary and secondary), whose asset value supports Tim’s debt, without a worsening of his Debt to Equity Ratio, which was still very high at the end of 2019, to 1.22. This is why I am convinced that for Tim there is no alternative: either he maintains control of the company of the networks to which he transfers the assets and can therefore consolidate in his balance sheet or he must also confer with the network the part of the relative debt and the associated operating costs ( staff). Otherwise Tim’s accounts would deteriorate, the value would continue to depreciate and his shareholders would never let him. The markets, which read the financial statements, react to the news that is filtered and shyly bet on an agreement with the government on this point (see also the declarations of the unions that have always been in favor of ending up under public protection). But the public interest of the whole operation escapes me … is it done for the good of Italy or the shareholders of Tim?

See Also:  The Spanish government reduces its 2021 growth forecast to 6.5%

Why does the American fund Kkr aim to enter with a stake in the Fibercop company into which Tim’s secondary network will flow? Is the business really that profitable? Or do you think that with a slice of the resources of the Recovery Fund the coffers of Fibercop will be rich?

Unfortunately, many details of the operation are missing which for now appears to be more the initiation of a process than a definite thing. Kkr is not a charity. As it appears conceived, the operation of his investment in Fibercop appears very profitable, so much so that some financial analysts discuss whether it really suits Tim’s shareholders. Of course, everything changes if Open Fiber also enters. If Open Fiber were to remain out, I am not so sure that Kkr still finds it convenient to close the operation and I am convinced that in the various MOUs there is a way for Kkr to withdraw from the operation or to use the Recovery Fund in some way, that is to charge to the State the failure to close the transaction. But for now they are just my guesses waiting to know more details. Of course if the government were to put the secret on this too … thinking badly makes you sin, but often you get it right, said Andreotti.

Will Tim also pass the primary network to Fibercop and therefore also the employees who deal with maintenance in addition to the debt that is in fact guaranteed by the asset?

If Tim fails to consolidate his stake in FiberCop he will be forced by his accounts to transfer assets, debt and personnel. But even in the best case (and we will have to see what Antitrust and the European Commission will say), Tim has no interest in adopting a business model that does not fully exploit the network it owns; this means slowing down investments in FTTH and opting for a gradual transition from the FTTC. It would go back 10 years confirming the image of a country led by Pulcinella.

See Also:  Teladoc Health, Inc. analysts are quite optimistic about the recent results

From what is known it is that Cdp intends to confer its share of Open Fiber in FiberCop. I don’t think Enel intends to sell its stake because it has made it an industrial model that can also be exported abroad. However, if Open Fiber’s valuation exceeds € 7-8 billion, I think Starace will do it a little thought. But who knows? And then it cannot be ruled out that the government is also thinking about after Starace and substantially changing Enel’s strategic vision in the future. The negative prejudice that winds throughout the government (and not only) towards Open Fiber remains a mystery, which in the imagination of the political class seems more like a Dante’s bedlam than a strategic company for the country. With all the defects that it has had and still maintains, Open Fiber, the only entirely Italian operator in telecommunications, represented the turning point in fiber infrastructure for Italy. The data speak for themselves.

With a leaner Tim, the former monopoly company will be able to concentrate on services and contents, with satisfaction it is also thought of the major shareholder Vivendi perhaps in a perspective with Mediaset. Or not?

Everyone pretends not to know that in reality Tim is a company with the reference shareholder from across the Alps who for now is silent and watching, but which has endorsed the single network project. Should it be successful, the dossiers that were closed a few years ago would certainly reopen, including that of an exit from Tim, as long as Vivendi does not lose too much. I’m not so sure about the operation with Mediaset, the scenario has changed and the content sector has been revolutionized by the entry of Netflix and Amazon. But perhaps it is still early to talk about it.

Registration successful, you should receive an email with which you must confirm your registration. Thank you, your Team Start Magazine