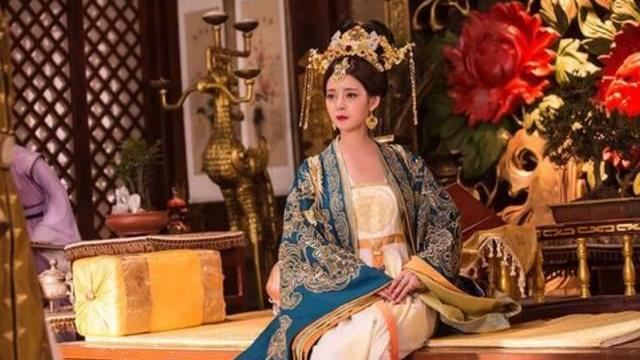 There is an old saying in China that “the most ruthless emperor’s family”, born in the royal family, although you can enjoy the brocade clothes and jade food that ordinary people can’t reach, but the simplest family and love in the common people’s family rarely appear in the court. And the concubines and servants who accompany the emperor are trembling every day, for fear that one accidentally angers the emperor and his head falls. In the Ming Dynasty, there was an empress who was miscarried by the emperor because of the vinegar of the emperor and other concubines, and finally died.

In the first year of Jiajing, after Ming Shizong Zhu Houxuan inherited the throne of his cousin Zhu Houzhao, the court began to help him choose the queen. Chen, who was 14 years old at the time, was selected into the palace after going through layers of selection because of his beautiful appearance and innocent family background. In September of the same year, Mrs. Chen was canonized as the empress, and as an empress, she naturally had to be generous, knowing that it was normal for the emperor to have three wives and four concubines. But the Chen family was young after all, and she always took the vinegar of the emperor and other concubines from time to time.

Empress Chen was caught off guard and was kicked to the ground to have a miscarriage. Although the history books are very vague about this matter, it is said that the miscarriage of Empress Chen was caused by the anger of Emperor Jiajing, and the frightened empress had an abortion. After the miscarriage, Empress Chen became seriously ill and did not recover for several months. At this time, Emperor Jiajing ordered her to move out of Kunning Palace. Originally, Emperor Jiajing also wanted to abolish Chen’s empress position, but at this time Chen’s family was sick, and abolishing the empress position would have an impact on Jiajing’s reputation, so Jiajing did not implement the act of abolishing the empress.

▲ Chen became a queen at the age of 14, and was pregnant with a dragon child at the age of 21. However, because of jealousy, he angered the emperor, and eventually miscarried and died of serious illness. (Picture / Retrieved from Weibo)

As for Concubine Zhang, after Empress Chen died of illness, Emperor Jiajing made Concubine Zhang the empress, and the Zhang family followed with the dignitaries. In order to follow the ancient etiquette, Emperor Jiajing also specially asked Empress Zhang to lead his concubines to feed silkworms by hand in the northern suburbs, and listen to Zhang Sheng’s “Women’s Instructions” in the palace. But after only two years, Zhang’s queen position was abolished.

There is no record in the history books about the reason for Empress Zhang’s abolition. However, there are two popular sayings. First, Empress Zhang was entrusted by Empress Xiaokangjing to intercede for her younger brother. However, Emperor Jiajing did not like this imperial aunt, and Empress Zhang also violated the taboo that the harem should not be involved in politics. 2. Empress Zhang couldn’t bear Emperor Jiajing’s meanness, so she quarreled with Emperor Jiajing over a trivial matter, and was eventually dismissed. The truth is unknown.

Butler scored 47 points against the guest, and the NBA Eastern Conference entered the tiebreaker

Emirates News Agency – Egyptian Prime Minister: We are keen on the presence of Emirati investors and companies in our country