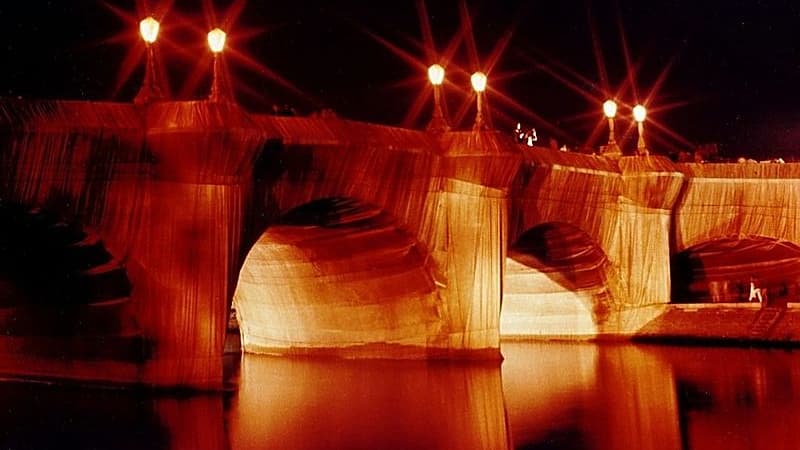 The public was able to discover the Arc de Triomphe this weekend, packed by Christo. Today, as 36 years ago, during the ephemeral packaging of the Pont-Neuf, the reactions are mixed.

The Arc de Triomphe wrapped by Christo is now available to the public and will be available until October 3. This packaging materializes the childhood dream of Christo, who died in May 2020, and of his wife and collaborator Jeanne-Claude who died in 2009. Entirely self-financed, the project, which cost 14 million euros, still arouses a controversy over the waste of 25,000 m² of fabric, not to mention the aesthetic aspect, and the usefulness of the approach, which already divides visitors.

The previous wrapping of Christo and Jeanne-Claude monuments in Paris had already aroused similar reactions. It was in 1985, the couple of artists had taken 10 years before obtaining the authorization to package the Pont-Neuf. Jacques Chirac, then mayor of Paris, finally gave his agreement in 1984. François Mitterrand, then President of the Republic, as well as Jack Lang, his Minister of Culture, gave theirs in 1985. But it was nothing to look at 25 years of negotiations that will be necessary to be able to pack the Reichstag in Berlin, in 1995.

As for the Arc de Triomphe, the project, financed by the sale of the preparatory drawings, does not cost the State a cent. This does not prevent the work from deeply dividing the public. Like the Arc de Triomphe today, the Pont-Neuf has given rise to very contrasting reactions. The micro-sidewalks of the time thus reveal the public’s astonishment, its support for the project, or even its strong rejection.

“We were in something very problematic for a lot of people”, underlined last June on France Culture, sociologist Nathalie Heinich, who published The Pont Neuf de Christo: work of art, work of art or how to form an opinion. “And what was fascinating was to see the public space invested and at the same time the general public asked to react, to wonder what it was about.” Because at the time, only a minority of the public knew Christo, and saw in the project a work of art.

“For many it was inconceivable to consider as a work of art the fabric around the bridge which, moreover, was not going to stay forever! It went against all traditional conceptions of art”, Nathalie Heinich still analyzes.

“A disturbance in space”

Today Christo’s work is much better known – thanks to his other monumental and spectacular projects all over the world, and to the exhibition dedicated to him by the Pompidou Museum in 2020. The packaging of the Arc de Triomphe Yet still arouses as many strong reactions, which is ultimately its function: to jostle, to impress the public.

“We must consider the work as the expression of a total irrational freedom, free from any justification”, explained Christo in March 2020, a few weeks before his death. He added “‘Our works are a disturbance in space’, as Jeanne-Claude said.”