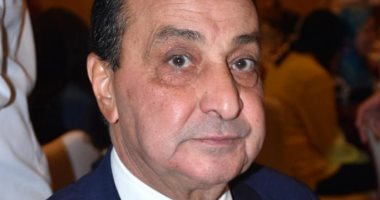 Today, Monday, the Cairo Criminal Court, held in the Fifth Settlement, headed by Counselor Mohamed Ahmed El-Gendy, closed the curtain on the trial of Mohamed El-Amin, and issued its verdict accusing El-Amin of assaulting the girls of the orphanage and human trafficking.

The Public Prosecution issued a statement detailing the investigations into a report submitted by the Council on the tenth of December last year, regarding what was published on a social networking page about the sexual assault of the accused, Muhammad Al-Amin, showing girls residing in an orphanage owned by him in Beni Suef, which presented 7 information related to the case. And it came as follows::

1-The Public Prosecution orders the detention of the accused, Muhammad Al-Amin, on charges of human trafficking and indecent assault on girls.

2-Prosecution: Muhammad Al-Amin took advantage of the weakness of orphaned girls to sexually assault them.

3-A social solidarity specialist confirms that girls suffer from distrust, trauma and anxiety about sexual matters.

4-The Public Prosecution hears the testimony of a child rescuer in the “National Childhood Association” regarding the accusation of Muhammad Al-Amin of assaulting girls in an orphanage he owned.

5-Psychiatrists confirm that girls suffer from behavioral and psychological disorders, and are subjected to harassment in the home.

6-The girls confirm: The accused took us to his villa on the northern coast for a week and asked us for immoral acts..

7-The Public Prosecution requested police investigations about the incident, which confirmed that the accused had committed the crime, and indicated the names of other girls who were victims..

8-The accused faces charges of human trafficking and indecent assault on girls by force and threats.

9- Muhammad Al-Amin killed 7 children in an orphanage by force and threat.

10-The head of the Missing Children page presented a recording confirming the suffering of the girls and their exposure to harassment in the home.

11- The Public Prosecution refers the accused to a criminal trial and sets a session next Sunday for the trial of the accused.

12- The prosecution is based on the statements of 13 witnesses and the reports of the National Committee for Childhood and Social Research.

13-The prosecution relied on the decision to refer to the reports of forensic medicine, social research, motherhood and childhood.