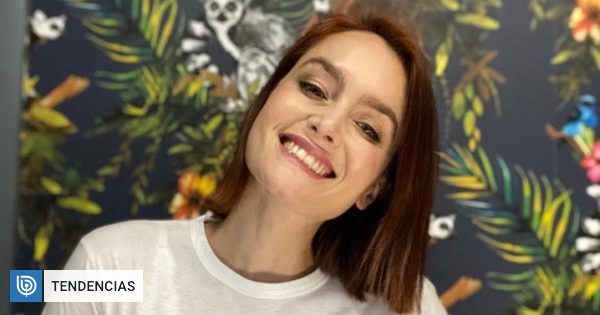 Begoña Basauri He had an extensive conversation with Pancho Saavedra through Instagram, in which he spoke of anecdotes that he has lived in his personal and professional life. During the space, the actress stopped in a specific event that occurred 10 years ago.

Specific, Basauri was sincere about the controversy he lived at that time with Felipe Braun, in which María Elena Swett was also involved.

“If I see a show business program in which a person is being sold and everyone blames me for things and there is no response from me, because I was worried at that moment to heal myself from other things… I would probably hate myself too ”, Held.

After that, he indicated that: “Ten years have passed and I still have to read comments from women, only from women, in which I say: ‘How in ten years do you not give yourself the opportunity to meet a person and understand that the media also create realities and create reality that are not always reality?’

At that time, the former Pleasure He stated that an event of this type would not have had the same significance in current times.

“(I regret) not having stopped the cars of one and having said ‘stop, let’s cut it’. Ten years ago there was no talk of abuse as we understand it today. We did not understand when someone cannot consent, it is abuse and has no second reading. I think that if that had happened today, the impact would have been very different, “he said.

Finally, Basauri also described as “an abuse” the criticism he received at that time from some people.

“When you suffer abuse, you spend a long time trying to understand why it happens to you”, concluded.

It should be noted that, currently, the actress has a program on social networks in conjunction with Chiqui Aguayo and Pamela Díaz.