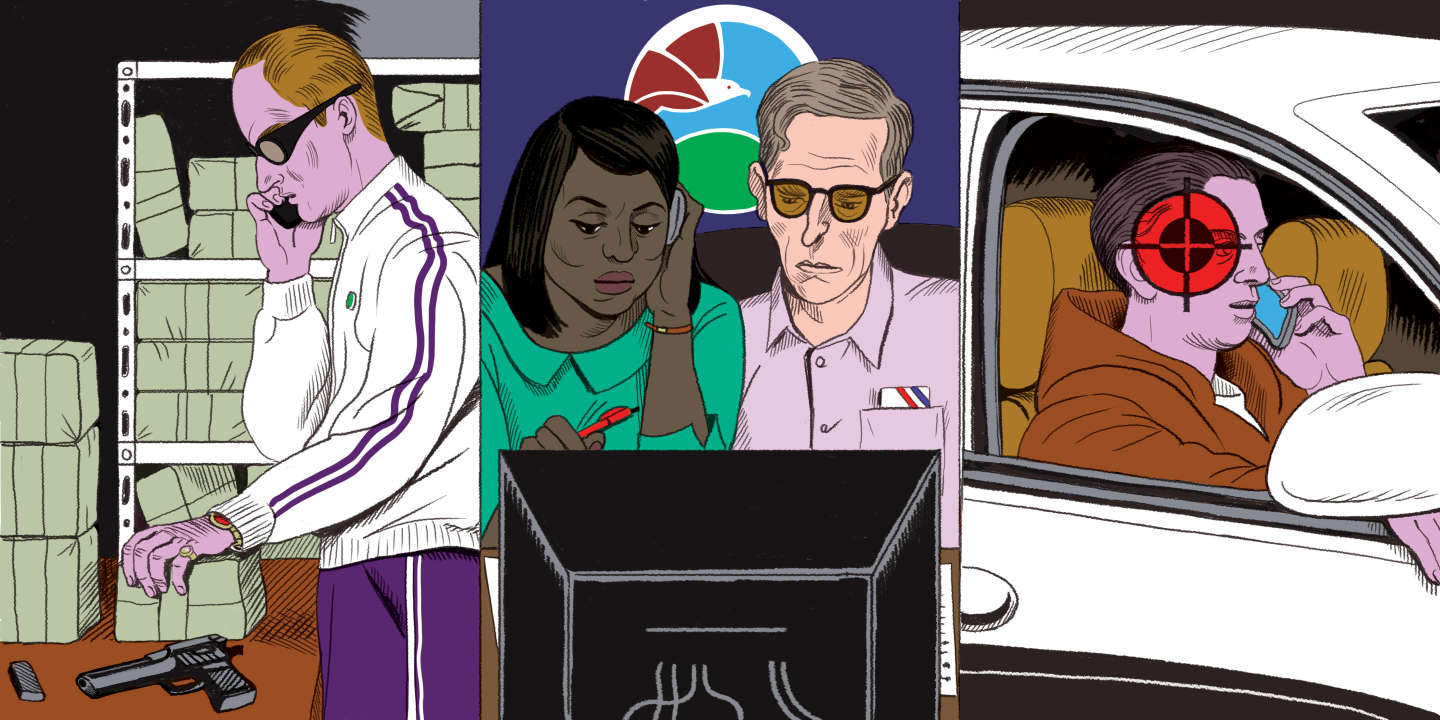 By Simon Piel and Jean-Pierre Stroobants

InvestigationThe arrest, Tuesday, June 8, of several hundred people using encrypted communications shows the importance of these technologies within organized crime and echoes the case of the Sky ECC application, decommissioned in March. Return on an extraordinary investigation which continues to deliver invaluable information to justice, in particular in France.

At first glance, it is an ordinary telephone. An iPhone, a BlackBerry or a Samsung. From the outside, nothing sets it apart from other devices. Except that its use is limited: it is impossible, with it, to make calls, send an email, go to Instagram, or take pictures. Its only function? Send messages, written and voice.

This particularity has a cost (at least 1,300 euros with a three-month package) and owes everything to the only application at its disposal: Sky ECC. A tool presented by its Canadian developer, the company Sky Global, as the safest way in the world to exchange without anyone being able to intercept messages or identify their authors. Functions usually reserved for heads of state, military executives or intelligence agencies …

In the Paris region, a new technology enthusiast knows this very special application well: Abdoulaye, a 42-year-old electromechanical engineer, based in Val-d’Oise. In 2019, he was one of the few people who, after registering on the Sky Global site, had the opportunity to join the French team of resellers of these specially formatted phones. The opportunity for him to bounce back after the liquidation of his small business.

For a few months, he bought dozens of phones, still in cash, from a wholesaler working for Sky Global. The man in question made his meetings at the gates of Paris. According to Abdoulaye, he showed himself “Very suspicious”, and never revealed his identity. The forties did not worry too much, his « job » consisting just of then reselling the devices with an appreciable margin.

At least this is the explanation he put forward, in March, before the judicial police (PJ), curious to know how he had been embarked in a case of almost planetary magnitude, a file in which it is question mafia organizations, drug trafficking, weapons and assassinations. At the heart of the scenario: the famous Sky ECC application.

With such a “working tool”, the time for pizzini, these mini-bits of paper exchanged between mafia and intended to be burned after reading, seems a long way off… The time has come for cryptophones, these technologies which have become essential to the conduct of criminal affairs, because they are supposed to guarantee the secrecy of telephone correspondence. Better: the data can be erased remotely, a very useful feature in the event of seizure by the police.

You have 89.65% of this article left to read. The rest is for subscribers only.