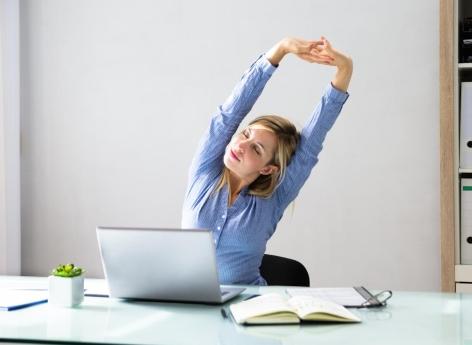 Reduction of cardiovascular risks, muscle maintenance, reduction of stress… Physical activity has many virtues. And a new one could well be added to the list. According to a new study published in the journal Psychological Research, being on the move would boost our creativity.

Make small movements even when seated

“Our research shows that it’s not movement itself that helps us think more flexibly.”, explains Barbara Händel, one of the authors. The important thing is the freedom to move without external constraints”. For her and her colleagues, it is therefore rather the freedom to be able to make movements that would make us more creative than the simple fact of moving. Thus, they believe that even when we are in a seated position, making small movements could help us to have a more creative mind.

During their clinical trial, the researchers used 14 common words like chair, desk, trash bag, lipstick, pencil, newspaper, shoes, etc. When a starting beep sounded, an automatic voice read each of these words, one by one, to the participants. The latter were either seated or walking. As soon as they heard a word, they had one minute to write down all the ideas that came to mind in connection with it. Thus, the scientists observed that the results were always more creative and numerous when individuals were walking than when they were sitting still.

A sedentary lifestyle encouraged by the use of screens

Some of our daily activities make us sit for hours. This is the case, for example, when we work and even during our free time because we spend a lot of time in front of screens. This sedentary activity often channels, even monopolizes, our mind… And we then forget to “move”. “Unfortunately, this happens when people focus on a small screen, for example”, continues Barbara Händel.

…which can be avoided with small habits

But 30 to 40 minutes of moderate-intensity physical activity a day could be enough to offset the adverse health effects of sitting, according to new global guidelines on physical activity and sedentary behavior. These had been published by the World Health Organization (WHO) in the British Journal of Sports Medicine last August. For this, every physical activity counts: going to work on foot or by bike, climbing the stairs rather than taking the elevator, getting up from your office chair every two hours to walk for five minutes. Small, simple everyday gestures which, taken together, can have very big consequences on health.

LIGA – Frenkie de Jong defends himself (FC Barcelona): “I am not a disaster”