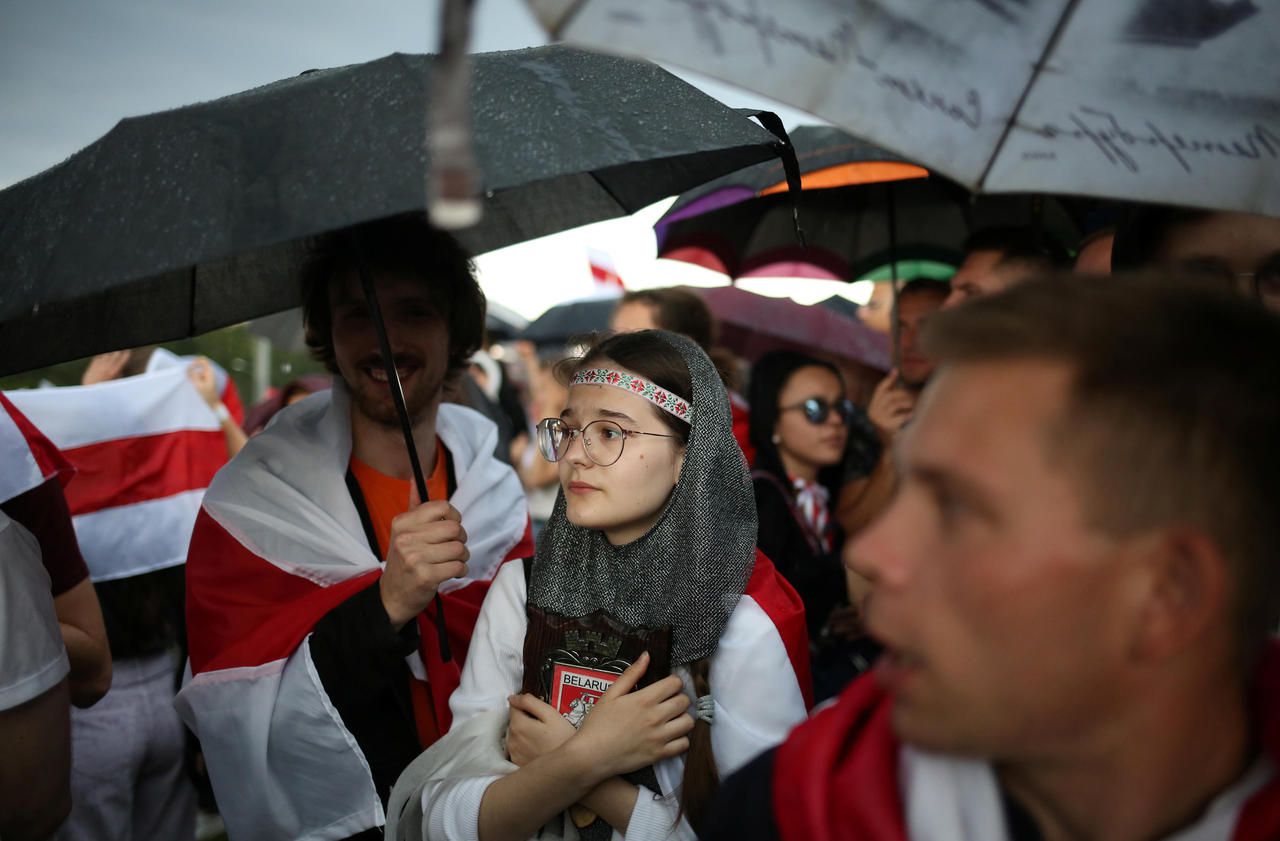 “Lukashenko go! Despite a massive police presence, tens of thousands of Belarusians took to the streets of Minsk on Sunday, for the third weekend in a row, to denounce the controversial re-election of President Alexander Lukashenko.

The mobilization seemed as strong as on the two previous Sundays, when some 100,000 people marched in the Belarusian capital, a record in the country’s history.

Alexander Lukashenko, 66, including 26 at the head of Belarus, has faced daily protests since the disputed presidential election of August 9, which he claims to have won with 80% of the vote while his detractors denounce fraud.

Sunday has now become the most important rallying day for the opposition, with large crowds also reported in provincial towns.

In Minsk, the demonstrators were there, despite the efforts of the police to prevent them from assembling and the processions from joining. Riot police were present in droves alongside masked and armed soldiers, in greater numbers than the previous weekend, according to AFP journalists.

The police blocked several arteries in the capital with armored vehicles and barriers, in the face of demonstrators chanting slogans such as “Lukashenko in a cell van” or, dressed in the opposition’s red and white colors. Protesters also went to the official residence of Alexander Lukashenko, the Independence Palace, shouting “Fate! Or “You are fired!” “.

See Also:  Africa is becoming a hotspot for deforestation

An adviser to the president went to meet them while rejecting any direct dialogue with the opposition, while numerous snipers were visible on the roofs of the building.

Lukashenko’s press service then released a photo of the president in a bulletproof vest and assault rifle in hand, as he had already displayed last week when protesters marched to his residence.

The police intervened at the start of the demonstration arresting 140 people, according to the Interior Ministry quoted by Russian agencies. But they did not use tear gas, sound grenades or rubber bullets, as they had done against the first rallies after the disputed ballot on August 9.

The Investigation Committee announced the opening of nearly 150 proceedings for “threats” or “hooliganism” against protesters.

On Saturday, Belarusian authorities withdrew their credentials without explanation from several journalists working for foreign media, including AFP, AP, BBC and Radio Liberty.

The leading figure of the opposition who claims victory in the presidential election, Svetlana Tikhanovskaïa, a refugee in Lithuania, denounced “the moral bankruptcy” of a regime using “fear and intimidation”.

Since the start of the protest movement, Belarusian and foreign journalists have been subjected to pressure and brief arrests. Internet access is regularly slowed down or cut.

The results of the presidential election were rejected by the European Union, which is preparing sanctions against senior Belarusian government officials, and urged Alexander Lukashenko to engage in dialogue with the opposition. The latter refused to make any concessions and denounces a Western plot intended to bring him down.

See Also:  16 immigrants located in the Netherlands in a truck to the United Kingdom

He has so far enjoyed the support of his closest ally, Russian President Vladimir Putin, who has said he is ready to intervene at his neighbor’s house if the protests escalate.

The two men spoke on the phone on Sunday, the Russian congratulating the Belarusian on his birthday and promising “to strengthen their alliance,” according to a statement from the Kremlin.

The Europeans had urged Vladimir Poutine to put pressure on his counterpart to enter into a dialogue with the “coordination council” formed by the opposition to promote a peaceful transition at the head of the country.

This body is being prosecuted for “undermining national security”. Two of its members have received short prison terms in other cases. Several other members were summoned by investigators, including Nobel Laureate in Literature Svetlana Alexievich.

More than 300 top Belarusian sportsmen also publicly called on Sunday for the organization of new elections.