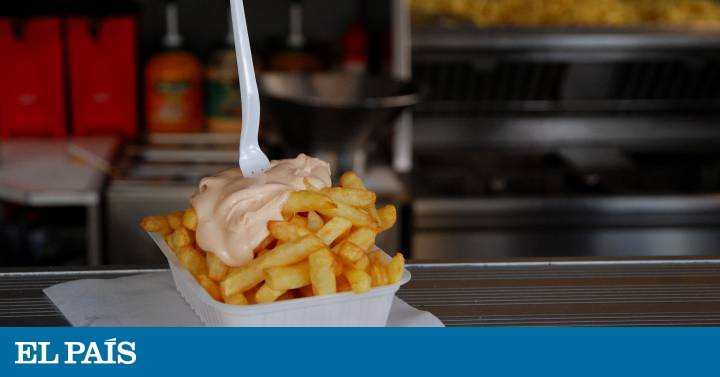 A desperate appeal flies over Belgian confinement. It is not that of the authorities asking the population to wear masks or stay home. They are the producers pleading with the citizens to increase the consumption of fried potatoes so that they do not have to throw away the enormous surpluses that the pandemic has left out of the frying pans.

After several years of prosperity, the situation in the sector is delicate. The health crisis has slowed exports and cut off purchases by bars and restaurants, to the point of leaving 750,000 tons without a clear destination, on the verge of being discarded.

In Belgium, French fries are a gastronomic icon only comparable to beer and chocolate. The country has some 5,000 establishments to purchase them, one for every 2,000 inhabitants. They are the popular ones friteries. And although in some of them there are still occasional queues, the halt in public life due to the coronavirus and the absence of tourists has meant a significant cut in income.

A highly cited quote from former US President John F. Kennedy says that you shouldn’t ask yourself what your country can do for you, but what you can do for your country. The Belgian version of that patriotic slogan has been coined by the head of the potato industry’s employers’ association, Romain Cools: Has asked citizens to increase their consumption of potato chips to twice a week.

The idea has not convinced everyone. Camille Perrin of the European consumer organization BEUC wondered if eating potatoes without frying would not be healthier. In alternatives such as salad, gnocchi or the omelette.

See Also:  They find possible sign of life after a month of the explosion in Beirut

Cools replied through Twitter that he does not intend to replace the foods of a healthy diet: “Eating potato chips twice a week temporarily during the coming weeks will not have a great impact on public health… if it is done by replacing the pizza and similar products ”. In addition, he points out that they prefer that the fried potatoes be consumed to be able to empty cold rooms and gain space to freeze others and thus reduce the tons lost.

In parallel, the producers have wanted to dedicate part of that overproduction to help the most disadvantaged. They have reached an agreement with the Government of Flanders to donate 25 tons of potatoes a week to food banks, badly needed in the face of economic paralysis. The Executive will wash them, pack them and will be in charge of transporting them.

Belgium exports potatoes to 160 countries. And it boasts of preparing the best potato chips on the planet. The image of Angela Merkel in February 2016 taking advantage of a break at a European summit in Brussels to go personally, surrounded by bodyguards, to Maison Antoine, one of the most famous locals in the country, went around the world. As its owner would later reveal, the German chancellor bought 45 rations to feed her entire team. To accompany them, he chose mayonnaise and the so-called Andalusian sauce, a Belgian recipe that, despite the name, has nothing to do with Andalusia.

With the meetings of heads of government relegated to the field of videoconferencing, the possibility of Merkel returning for one of those mega-orders has disappeared for a few months. The sector now trusts that its fellow citizens will give themselves that little pleasure twice a week to fill the enormous void that the virus has left.

Due to the exceptional circumstances, EL PAÍS is offering all its digital content for free. Information regarding the coronavirus will remain open as long as the severity of the crisis persists. Dozens of journalists work tirelessly to bring you the most rigorous coverage and fulfill your public service mission.

If you want to support our journalism you can do it here for 1 euro the first month (from June 10 euros).