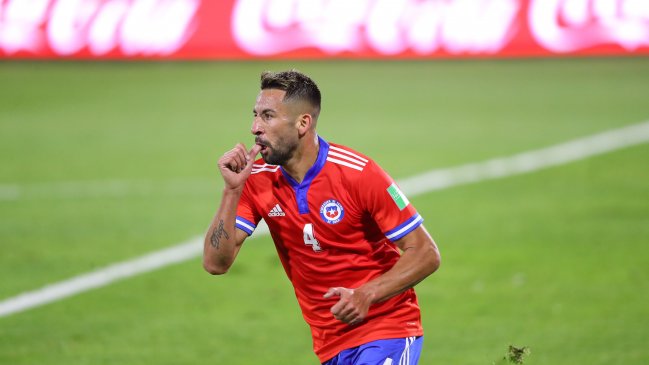 The Chilean striker Ben Brereton and full-back Mauricio Isla are part of the ideal team for the fifth round of the Qualifiers to Qatar 2022, which was voted by the fans through a poll carried out by Conmebol.

National players they stood out in the 2-0 against Paraguay, scoring a goal each, which earned them to get into the top 11 last week.

Although they were initially nominated, they did not manage to be in this 11 the also Chileans Guillermo Maripán, Sebastián Vegas, Arturo Vidal and Alexis Sánchez.

Argentine players dominate the ideal team with five presences, followed by Chile and Brazil with two and Peru and Venezuela with 1. Eduard Bello, a sports player from Deportes Antofagasta, was chosen from the “llaneros”.

This is the team of the best players on Date 5 chosen by you through our Instagram stories 🔝#EliminatorySouth America pic.twitter.com/bvcboO6s3G