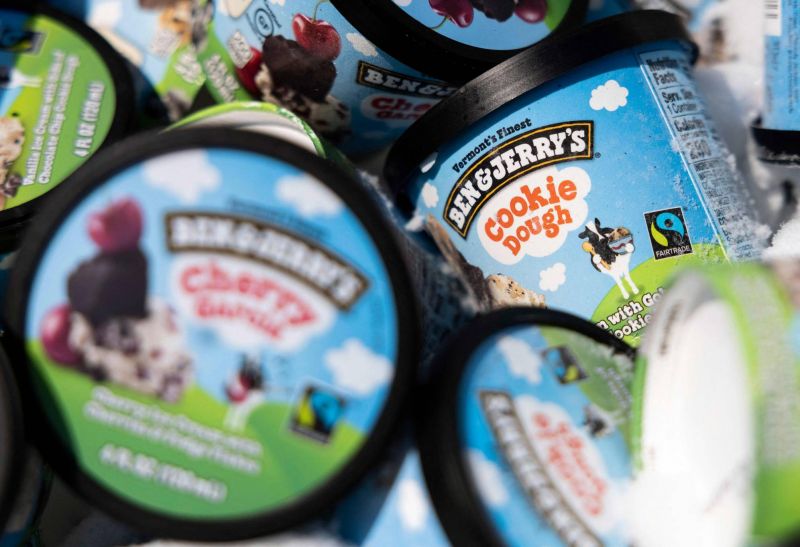 US ice cream maker Ben & Jerry “s announced Monday its intention to stop marketing its products in the occupied Palestinian territories, citing” the values ​​”of the company, which angered Israeli leaders.

“We believe that it is not compatible with our values ​​that Ben & Jerry’s ice cream is sold in the occupied Palestinian territories,” the Unilever subsidiary said in a statement released on Monday.

“We have a long-standing partnership with our licensees who manufacture our ice cream in Israel and distribute it in the region,” adds Ben & Jerry’s, who has however decided not to renew the license agreement which expires at the end. next year.

Ben & Jerry’s, however, specifies in its press release that it will “remain in Israel”, although its products are no longer sold in the occupied territories.

“The boycott does not and will not work, and we will fight with all our strength,” reacted the office of Israeli Prime Minister Naftali Bennett in a comment sent to AFP, adding, “there is a lot of ice cream. , but we only have one country “.

“Ben & Jerry’s decision is a shameful surrender to anti-Semitism, to the BDS movement, to all that is bad in anti-Israel and anti-Jewish discourse,” commented for his part the head of Israeli diplomacy Yair Lapid in a video.

“We Israelis now know which ice cream NOT to buy,” the former Israeli Prime Minister Benjamin Netanyahu also reacted in a message on Twitter.

To justify its decision, Ben & Jerry’s says it “hears and recognizes the concerns shared by our fans and our trusted partners”, without specifying who it refers to.

Founded in 1978, Ben & Jerry’s is a company known for its progressive commitments, from the protection of the environment to respect for human rights and the issue of inequalities.

US ice cream maker Ben & Jerry’s on Monday announced plans to stop marketing its products in the Occupied Palestinian Territories, citing the company’s “values” which angered Israeli leaders. “We believe that it is not compatible with our values ​​that Ben & Jerry’s ice creams are sold in the territories …