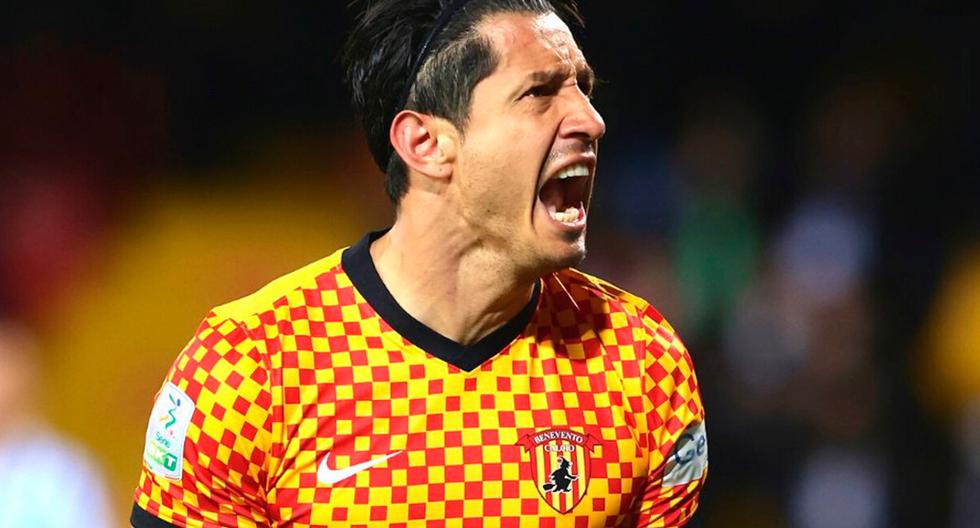 SIGUE LA NOVELA LAPADULA – BENEVENTO. Gianluca Lapadula closed the season with his return to the starting eleven and scoring goals, but the elimination of the Benevento to the final promotion, has left pending issues about his future. A situation that ‘The witch’ would be putting as an excuse to avoid transferring it from this Monday to the Peruvian team.

MIRA: ALL THE CONTROVERSIES AND EXCESSES IN THE CAREER OF CONOR MCGREGOR

After the match against Pisa, the squad of the Benevento would have been released until the start of the preseason for the next season. However, in the case of Lapadula, the board would have asked the player to define his future before traveling to Peru. Without it, he would not have immediate permission.

The pain of Gianluca Lapadula after the elimination of Benevento?

Gianluca Lapadula spoke out through his social networks for the elimination of Benevento from the grand finale of Serie B of Italian soccer.

“We fought until the last minute because we believed in ourselves. The team and the city. This defeat hurts, but I firmly believe that pain is temporary for those who can transform it into motivation and ambition!”escribió ‘The Gladiator’.

DT of Benevento left another ‘Chiquita’ to ‘Gianluca Lapadula’

It must be remembered that in January of this year, the ‘Andean baby‘ asked to be released from the team and transferred in the mid-season transfer market. Benevento refused, the technical command had him set aside seven dates and only in February did he return to training with his teammates.

Now, after the duel against Pisa and beyond the hug that was given with the ‘Bambino‘, the technician Fabio Caserta He made it clear again that his relationship with the Peruvian is not good. “Someone came to this game with some physical problems, but in the first leg it was not noticeable. Today we did not lose due to lack of some elements, but because we were not very ready in the action of the goal”he declared.

This again made it clear that the player-club relationship is broken. Furthermore, according to Italian media, Lapadula would have already communicated to his teammates that he will not continue the following campaign and he is only waiting for permission to arrive in Lima and join the training sessions with the national team.

The latest offers that Lapadula has just received

The Seriebnews.com portal revealed that Gianluca Lapadula has another proposal to change teams and this time the club that is looking for him It is a history of Serie A. “A possible Lapadula would be Sampdoria who are looking for a replacement for Francesco Caputo who will leave the club. The offer would already be in the hands of the Italian-Peruvian”revealed the medium.

The same portal also recalled that the Cremonese, newly promoted to Serie Ais also interested in Lapadula, although its economic proposal is not as attractive as that of ‘Samp’.

LEE: Hernán Barcos made Waldir ‘run’: “He didn’t tell me anything, he wanted to leave” [VIDEO]

What is certain is that against Pisa, Gianluca Lapadula he played his last match in the Benevento shirt. New challenges are coming to the scorer who we hope will take us to the Qatar 2022 World Cup.

When does the Peruvian team start working for the playoff?

The peruvian national team starts working this Monday with the players of University of Sports and foreigners like Miguel Araujo, Luis Abram and others like Santiago Ormeno They start arriving this week. The players of Lima Alliance y Sporting Cristal They would do it on Wednesday and Thursday due to their participation in the Copa Libertadores 2022.