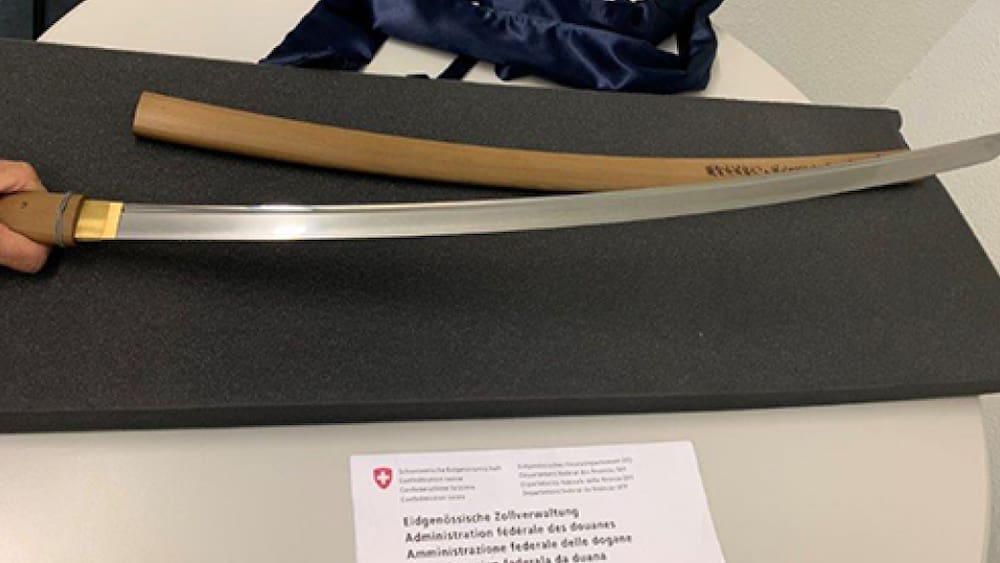 A father and his daughter had not registered the 669-year-old katana – a Japanese long sword – when entering Thayngen SH, as the Federal Office for Customs and Border Security (BAZG) announced on Tuesday in its digital magazine Forum Z. In addition to the sword, an antique book, a contract, the sales invoice and other documents were also found in the car.

The investigation revealed that the driver was not the owner of the sword and other items. He received the order from the actual owner – his employer – to pick up the antique in Stuttgart (D) and deliver it to the client’s home. Other people were not involved in the smuggling.

The public prosecutor’s office in Schaffhausen issued a penalty order of 60 daily rates of 100 francs against the man. There is also a fine of CHF 300 and procedural costs of the same amount. In an order, the BAZG collected almost 54,000 francs of VAT. It also wrote an indictment for violating the Value Added Tax Act. The suspect now faces a fine of up to CHF 800,000.

According to the BAZG, antique swords are considered cultural assets within the meaning of the Cultural Assets Transfer Act. The Federal Office of Culture confirmed this interpretation of the law. The law contributes to the preservation of cultural heritage. It is intended to prevent theft, looting and the illegal import and export of cultural assets. (SDA/chs)