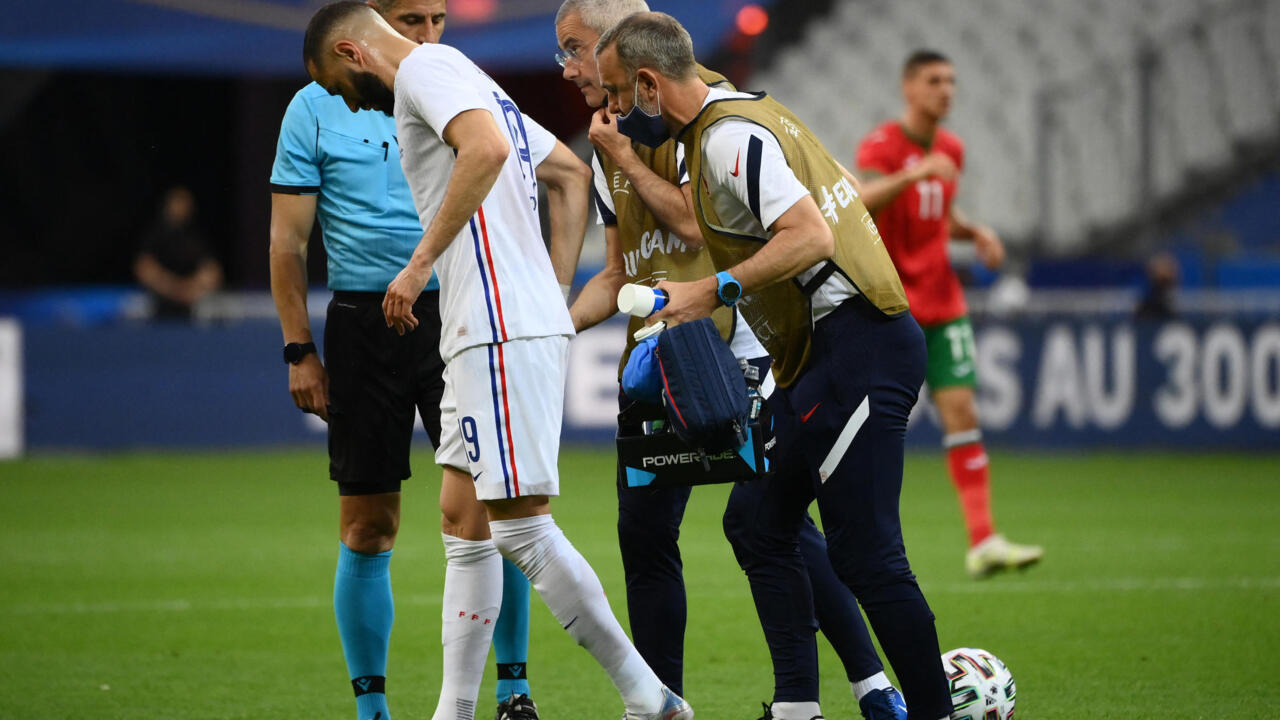 Recalled in the French team for the first time since 2015, Karim Benzema left on injury, Tuesday, during the second and last preparation match for Euro-2021.

The striker of the France team Karim Benzema was injured in the first period of the friendly match against Bulgaria, Tuesday, June 8, in Saint-Denis, one week before the first match of Euro-2021 against Germany , June 15 in Munich.

The Real Madrid center forward, recalled to everyone’s surprise for the Euro (June 11-July 11), was released in the 39th minute with an injury above the right knee. He was replaced almost immediately by Olivier Giroud.

“It’s a crutch he took a good hit on (…) the muscle above the knee,” coach Didier Deschamps told the broadcaster after returning from the locker room. “He stopped because he felt it was hardening so there is no risk to take anyway. The medical staff is at his bedside,” added the coach of the Blues.

Before his exit, the 33-year-old winced after visibly landing poorly on an attempted header into the Bulgarian area. First strapped, he then demanded a change in the management of the Blues.

He did not join the locker room but took a seat in the stands with the substitutes for the France team, after greeting the public who applauded him when leaving the pitch.