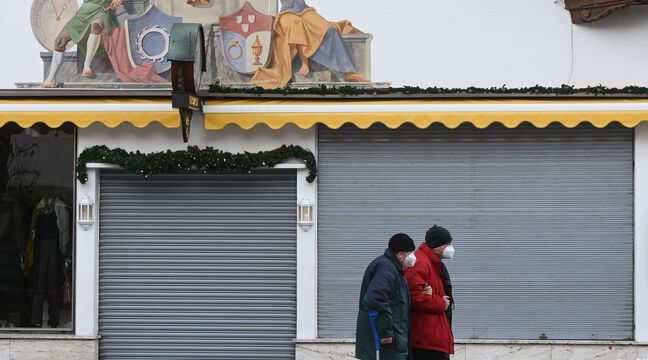 Germany will ban from Saturday the entry into its territory by land, sea and air of people from five countries strongly affected by the various variants of Covid-19, the government said on Friday.

This decision, valid until February 17 at first, concerns the United Kingdom, Ireland, Brazil, Portugal and South Africa and aims to “protect the German population”, the ministry said. German Health in a document obtained by AFP. “The objective of this regulation is to limit the spread of new variants of the virus”, explains the ministry.

These restrictions will however include several exceptions, in particular for Germans living in these countries, nationals of these countries residing in Germany, passengers in transit or the movement of goods, according to this document.

The German government imposed this ban on entry into its territory on its own, independently of its EU partners, who could not agree on a uniform approach on this issue. Already Thursday, the German Interior Minister Horst Seehofer had indicated that he wanted to reduce to “almost nothing” international air traffic to his territory in the face of the continuation of the pandemic, as Israel has already done.

Among the exceptions for entering Germany are also transport for medical reasons. Entry into Germany had for several months been made more and more complicated for some 160 countries around the world, in particular with the obligation to present a negative test less than 48 hours before his arrival or just after it, followed. a 10-day deterrent quarantine. This can however in most cases be shortened to five days after a second negative test.