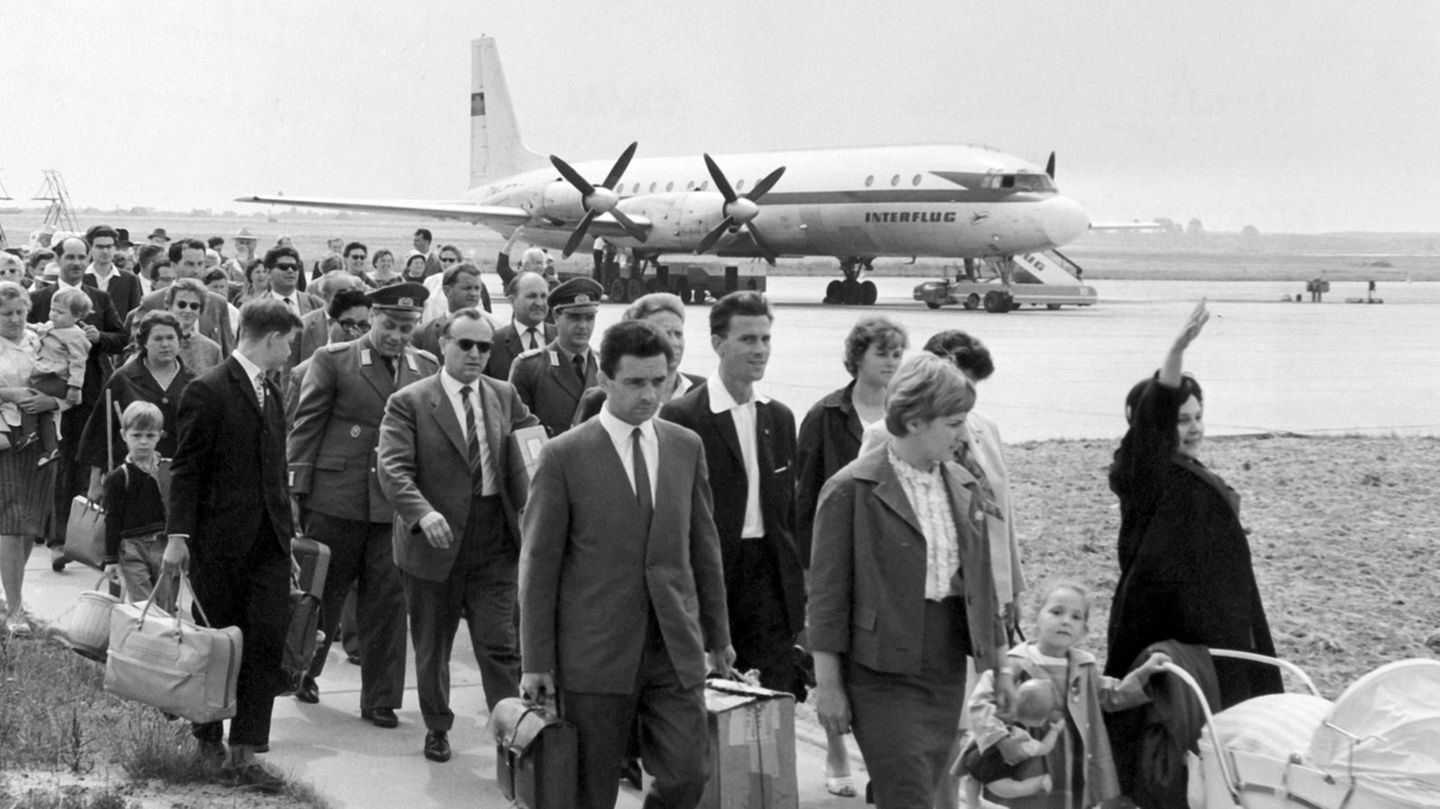 This week the last passengers coming from Rome were handled at the old airport terminal in Berlin-Schönefeld. With the landing of the Ryanair plane, a chapter of the former “GDR central airport” comes to an end.

With the opening of the new BER airport in the south of Schönefeld at the end of October 2020, the building was renamed T5. It was planned that the low-cost airlines would continue to be handled here. But the pandemic brought an early end. The drastic drop in the number of air traffic speaks a clear language: instead of 100,000 passengers, only 10,000 passengers per day are counted in Berlin.

The handling capacities in Schönefeld are no longer required at the moment, they only cause costs. With the “temporary” closure, the operating company, Flughafen Berlin Brandenburg GmbH (FBB), wants to save up to 25 million euros a year.

On the following pages of the photo series, we show motifs from the long history of the airport, which arose from a runway built by the Henschel Flugzeugwerke in 1936. After the Second World War, under the leadership of the Soviets, the expansion into a civil airport began.

– Bye bye, Berlin-Schönefeld – An obituary for the GDR airport

– Air Koryo – the worst airline in the world

– How Berlin air traffic has been on drip for decades

See Also:  The Azkuna Zentroa schedules more than 200 activities and three exhibitions for 2021