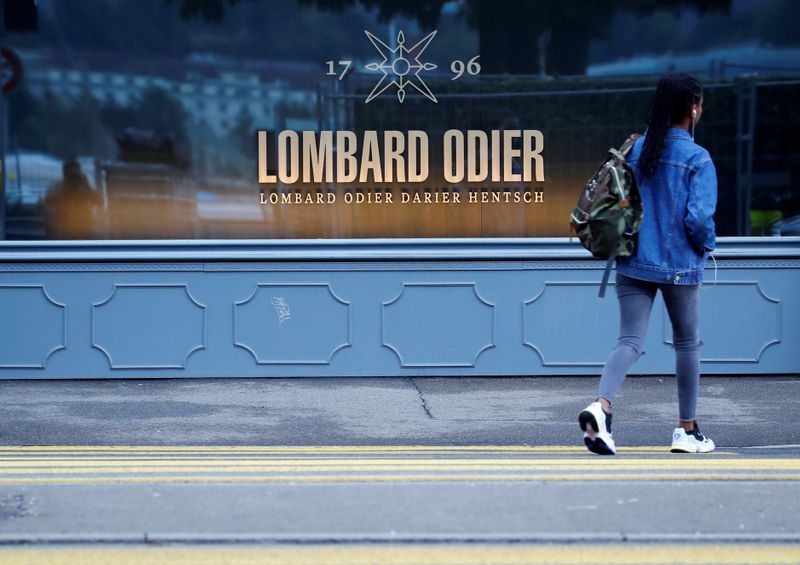 PARIS (Reuters) – The year 2021 should be marked by an economic catch-up and start under the best auspices for financial markets with both a weapon to control the coronavirus pandemic and powerful monetary and fiscal support, it is said at Lombard Odier.

It could be uneven but growth will be fine thanks to the expected introduction of a vaccine against COVID-19, although some doubts still persist, says Reuters Samy Chaar, chief economist of the Swiss private bank.

“The vaccine is the decisive tool to keep the pandemic under control and from the moment the epidemic is under control, the economy picks up quickly, as was the case in the third quarter and as we saw in Asia “he said.

“What will characterize 2021 is the economic catching up when the epidemic is under control. At the start, we will have the best of all worlds with both a decisive tool to control the pandemic and more budgetary support” he adds.

The economist says he is betting on the release of the European recovery plan of 750 billion euros and on a program that could reach 500 billion dollars in the United States after the establishment of the Biden administration.

“We will start the year with zero rates, central banks which will have recalibrated their purchasing programs and a budgetary stimulus still present,” he said.

The second half is more uncertain, however, with support that could gradually decline, he adds.

“After the summer, once the recovery has been secure, the question of maintaining emergency measures will arise. Then we will probably have the signal that part of the emergency plans will be slowly and gradually removed”, he said.

“Switching to a slightly less accommodating policy is a danger for the stock markets and there will be a communication effort made, especially on the part of central banks. The big question is whether the recovery will be strong enough to withstand a little less drug dosage. “

LESS PERFORMANCE IN THE WORLD OF APRS

The catching-up phenomenon, which could surprise by its speed, will lead to a re-anchoring of the economy in an environment of weak growth marked by long-term themes such as demography, the decline in the labor force and the decrease in productivity, extends Samy Chaar.

“We will quickly return to the pre-COVID economic reality with weak growth, very contained inflation, even if it could normalize to moderate levels, and very low or even negative interest rates,” he said.

In this context, Lombard Odier is thinking about the management of its clients’ savings, he adds.

“A drop in yields is to be expected, but it is necessary to remain invested, accepting risks and volatility and protecting themselves against them, for example by relying on American bonds or certain currencies that are doing well when everything is bad. like the Japanese yen or the Swiss franc, ”he says.

The world after the coronavirus should therefore be marked by growth that is both weak and uneven, with sectors hit hard and others booming, forecasts the economist.

“The challenges we face are exceptional, whether it is the economic transition, the energy transition or the management of resources on a tired plant,” he says. “Companies that are sources of solutions to these major challenges are avenues for growth.”

Rather than drawing a totally new world, the coronavirus crisis is exacerbating and accelerating trends that were already at work before it, such as the modification of ways of consuming and of traveling or the tendency to work, continues Samy Chaar.

Faced with these changes, maintaining flawless coordination between monetary and budgetary responses will be essential, with the need for governments to spend abundant money wisely, argues the chief economist of Lombard Odier.

“Rather than being afraid of debt levels that are completely sustainable with the level of interest rates, the question is what to do with it,” he says.

“We want to see public spending in innovation, in infrastructure and in reducing social inequalities. We hope we are not owed.”