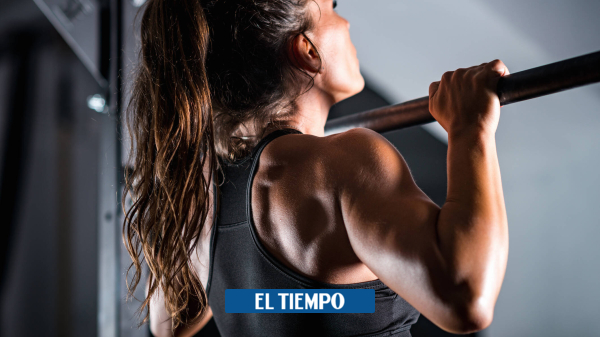 Incidents in gyms are not alien to the internet. Since violent fights and interpellations to occupy the machines of the establishments to terrible fatal accidents, these places can end up being the scenes of terrible tragedies.

That was the case of Betsy Dayana Jaramillo Ramírez, a 28-year-old Ecuadorian woman. According to the local press, suffered a sudden death while exercising in a gym in the city of Santa Rosa.

(Can read: Five mistakes made when starting the gym: take care of your health).

The events occurred in the province of El Oro, between Sucre and Carrión Pinzano streets, on Tuesday, November 29.

The establishment’s security cameras captured the shocking moment in which the woman stares ahead, drops the weight with which she exercises and suddenly collapses on the ground.

(You may be interested in: Video: He tried a “stunt” in the gym and ended up with a broken face).

Those present, mostly women, noticed the incident and ran to help Jaramillo, who was no longer moving or showing signs of life. They tried to turn her over and also took her pulse, while a shocked crowd gathered around her.

She was transferred to a care center where his death was announced, since he had arrived without vital signs. The community assured the local press that she was a frequent user of the services of the gym where the events occurred. The reasons for her death are still unknown.

(Don’t stop reading: Shock over woman who died in gym after weight fell on her).

According to information from the local news program ‘TC Noticias’, the remains of the deceased were veiled in front of the Primero de Mayo park in Santa Rosa and, later, buried in the city’s general cemetery.

The Colombian accused by Russia of defaming its army with the help of the US.

How to open a chat with yourself on WhatsApp, Telegram and Signal

Find out the dates of the Baum Festival 2023

World Cup: FIFA rejects the appeal of the FFF after Tunisia-France … without giving reasons for its decision

Putin rolled over the partially destroyed Crimean Bridge in October