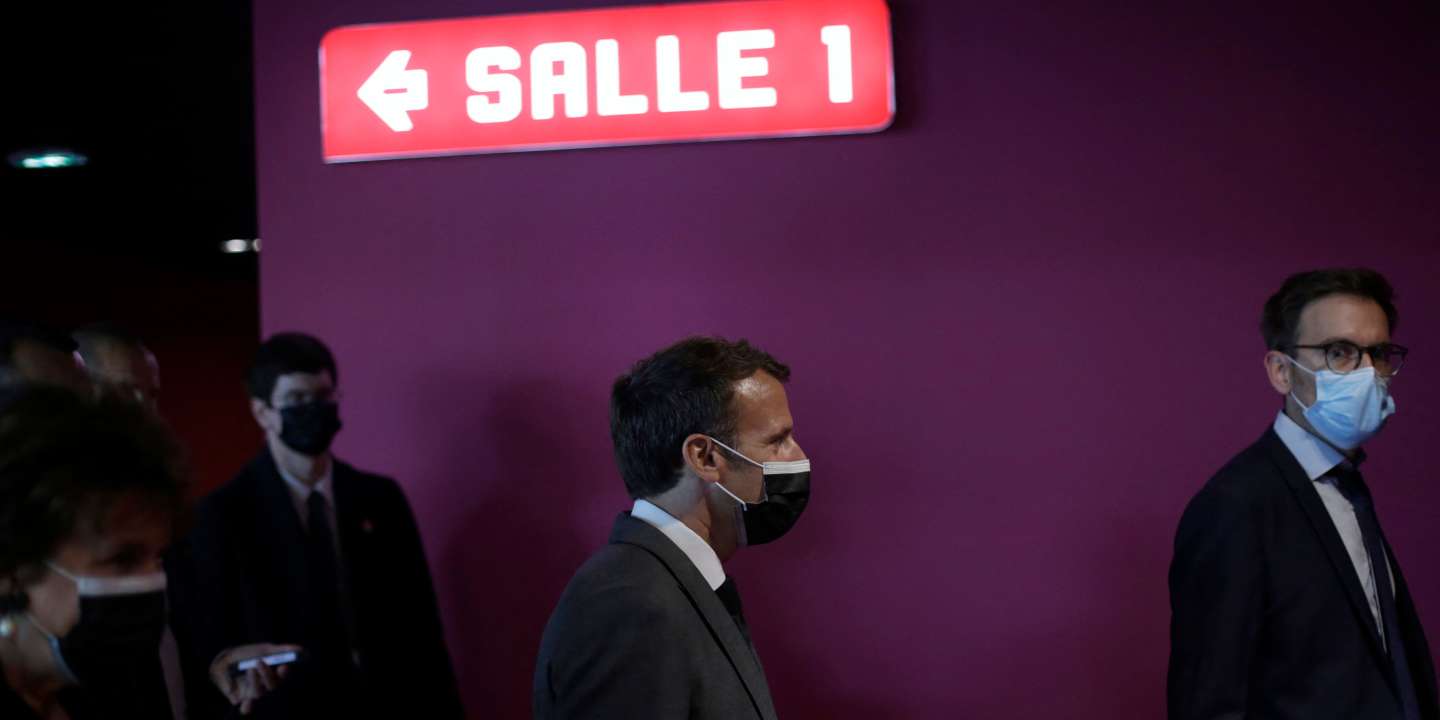 All his relatives will tell you: Emmanuel Macron does not like repentance. During a trip devoted to the reopening of places of culture, in Nevers on May 21, the Head of State nevertheless did violence. “If what helps me to be myself or to live is essential, art is for sure”, launched the President of the Republic. An explicit reference to the controversy that agitated cultural circles in the fall, when bookstores were considered “non-essential” by the government and forced to lower their curtains during the second confinement.

Even if the Elysee denies it, this mea culpa says a lot about the state of relations between power and the world of culture. Rightly or wrongly, many artists and professionals believe they were poorly treated during the epidemic. “I don’t think we have ever had a government so little interested in culture”, tackled again the director Cédric Klapisch in the magazine It, end of April, lamenting that he has “It took two confinements for bookstores to be deemed worthy of remaining open, and four speeches for Emmanuel Macron to finally utter the word ‘culture’! “. “The president did not save culture, he closed culture”, abounds Pascal Rogard, Director General of the Society of Dramatic Authors and Composers.

During the health crisis, however, the executive spent lavishly. The intermittents obtained a “blank year” of sixteen months, the film producers a fund to maintain the shootings, the owners of cinemas compensation for their ticket office losses… In total, the Minister of Culture, Roselyne Bachelot, said to have released 12.4 billion euros for theater, cinema, entertainment, museums … More than three times the annual budget of the Ministry of Culture (3.82 billion euros in 2021)! In mid-May, an additional 148 million euros were still announced to support the recovery. “Today, artists are in emotion. But, in six months, they will realize how much has been done ”, wants to believe the Elysee.

Article reserved for our subscribers Read also Roselyne Bachelot: “I am here to defend culture and win arbitrations”

Nicolas Dubourg, president of a live performance employers’ union: “The artistic and cultural question is not just financial. Power must say that culture is at the center of life, and it doesn’t ”

Listening to each other, the discomfort is nevertheless deep. If they recognize the budgetary effort, professionals say they are disappointed by the consideration given to them by Emmanuel Macron since the start of his mandate. “The artistic and cultural question is not only financial. Power must say that culture is at the center of life, and it does not ”, regrets Nicolas Dubourg, president of the National Union of artistic and cultural enterprises. A sign of this malaise, around twenty theaters are still occupied by intermittents, despite the extension of the white year and the reopening of cultural venues, their two main demands.

You have 67.41% of this article to read. The rest is for subscribers only.